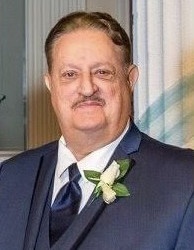 He had retired from the U.S. Air Force with 22 years of service and had worked at Lowe’s and Bridgestone/Firestone.  Allen was a native of Saint Louis, MO.

A Memorial Tree was planted for Allen

To order memorial trees or send flowers to the family in memory of Allen Shaneyfelt, please visit our flower store.