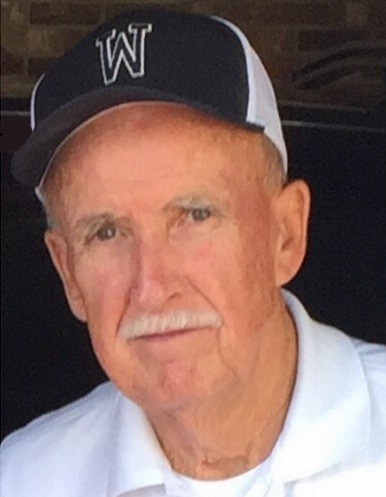 A graveside service with military rites will be on Saturday, September 11, 11:00 AM, at Evergreen Memorial Park.

Charlie was better known to many of his old working buddies at the Wilson Police Department as “C.C.”.  He served his country in the United States Marine Corps and retired from the Wilson PD.  He continued to own and operate Warrick’s Carpet Cleaning Service after retirement from the Wilson PD.  He was a devoted husband, father, grandfather and great-grandfather. He loved singing and held many concerts to benefit the Senior Group at Bible Missionary Baptist Church. He was always extending a hand of help to anyone who needed it and giving was a passion of his.

He was preceded in death by his wife, who was the love of his life for almost 60 years, Shirley Turner Warrick; mother, Mary Creech; step-father, Manley Gray Creech; brother, James “Tommy” Barnes and sister, Sudie Ellen Coley.

He is survived by his daughters, Teresa Barnes of Wilson and Debra Brock (Donnie) of Wilmington; grandchildren, Joel Barnes (Crista) of Cleveland, TN, Bethany Barnes of Wilson, BJ Brock (Cari) of Asheville and Lexie Durgin (Nick) of Madison, NH; great-grandchildren, Ava, Ethan, & Olivia Barnes all of Cleveland, TN, who adored their Pa and his specialty strawberry shortcakes too, that he always made for them. He had a special cousin who was more like a brother to him, Robert Lee Warrick (Louise) and a close and special friend to him the past three years, Jackie Dale of Wilson.

In lieu of flowers, you may consider a memorial in his honor to the Bible Missionary Baptist Church Senior Group, 2833 Tilghman Rd N, Wilson, NC 27896.

Thanks to all for your texts, calls, and many acts of kindness during such a difficult time.

A Memorial Tree was planted for Charlie

To order memorial trees or send flowers to the family in memory of Charlie Warrick, please visit our flower store.