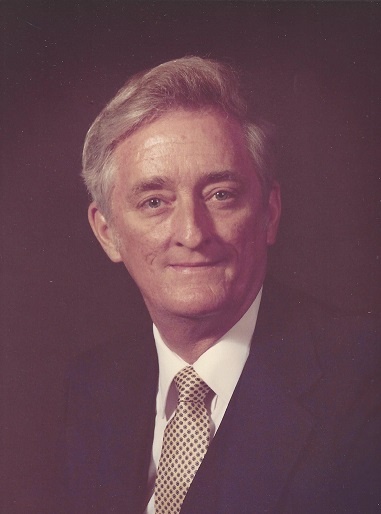 A family service will be held.

Due to the current COVID-19 pandemic the family asks that friends refrain from visiting at the home during this time. At a future time there will be a Celebration of Life for Dr. Rhodes at Peace Church.

He was born in Charlotte, NC on January 4, 1931 to C.D. and Thelma Rhodes. He grew up in Rome, GA and graduated from Darlington School in 1948. Dr. Rhodes attended Davidson College graduating in 1952. Following his undergraduate studies, he went on to Bowman Gray School of Medicine (Wake Forest University School of Medicine) and completed his Medical Degree in 1956. He also served in the US Navy as a physician for two years and was recognized with a promotion to the grade of LCDR in the Medical Corps. His love of medicine carried him to Wilson where he practiced Internal Medicine for twenty-one years at the Carolina Clinic.

Dr. Rhodes had a genuine concern for others and was passionate about knowing and engaging with everyone he encountered. His deepest desire was for everyone to have a personal relationship with Jesus Christ. His love for family was second to none, with the center of that love being his cherished wife of sixty-seven years, Jean Stockton Rhodes. After building a large and successful medical practice, he retired and spent years relieving medical missionaries around the world, building churches in the United States, and supporting local community groups including the Boys Club, Salvation Army, and the Wilson Pregnancy Center. He also served on the following boards: Southeastern Seminary, Wilson County School Board, and the Wilson Christian School Board. His hobbies included golf, woodworking, and spending time on the Neuse River with his family.

In lieu of flowers, memorial contributions may be made to the Wilson Pregnancy Center, 702 Broad St W, Wilson, NC 27893 (www.wilsonpregnancycenter.com) or to InterVarsity Christian Fellowship (donate.intervarsity.org).

A Memorial Tree was planted for Dr. Cecil

To order memorial trees or send flowers to the family in memory of Dr. Cecil Rhodes, please visit our flower store.