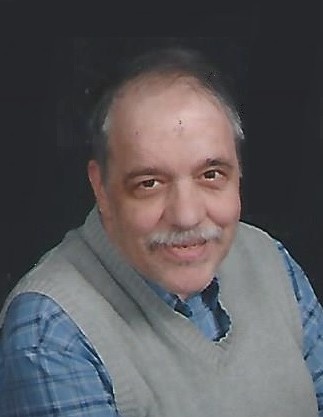 He was preceded in death by his father, O. B. Beland, Jr..

Though John was born prematurely, after only 28 weeks of development and in 1954, he was discharged from the hospital only 5 days later as he'd shown no symptoms of a premature birth.  He came home a happy, healthy, bouncing baby boy who, from his very first breath, was permanently the apple of his mother's eye.  She knew she'd been truly blessed.  Though his parents were forewarned of possible developmental disabilities, the first formal testing of his intellect proved him to be ranked as a genius.  He learned to swim at a very young age and today would be known as a "water baby" but he found his athleticism shined most brightly in track and field.  We still wonder to this day, "how far could he run?"  He was unstoppable. Years before he could start his high school career in track and field, he was diagnosed with epilepsy.  As this initiated when he was only 8, he found that his life has suddenly become quite frustrating.  He'd start to walk forward then stop.  Moments later, after the seizure passed, he'd suddenly regain consciousness and never know where he was going.  If he was speaking and a seizure interrupted, upon regaining consciousness he had no idea what he was speaking of or if he was even speaking.  He never knew when, where, or why a seizure would remove him from reality.  He spent much of his time enduring painful medical testing for his disorder, while never crying out in pain.  As he grew older, despite medical intervention, the areas of his brain that initiated a seizure grew.  Finally, as an adult he was diagnosed with generalized epilepsy, which meant his seizures could come from anywhere at any time.  Through all of this, he remained a happy, upbeat individual. His passion for track and field at Fike High School remained strong as he ran as many 5k races as possible.  He worked hard in scouting and honored to have attained the rank of Eagle Scout.  As a young teen, he developed a new passion.  He'd always loved all of God's life-forms, but became more and more fascinated with plant life.  He learned to care for and grow anything from everyday carrots to delicate, mesmerizing orchids.  He learned to enjoy the environment his plants provided and they his. As a young adult, he taught himself trigonometry, then mastered calculus. With his first lessons about God, Jesus Christ and the Holy Spirit, he became a Christian.  He grew and matured into a very strong Christian.  He gave generously of his time, patience and his love of the Lord.  In only 66 years, he managed to live a full life.  Though we know we'll meet again, he'll be greatly missed by those he left behind.

To order memorial trees or send flowers to the family in memory of John Beland, please visit our flower store.