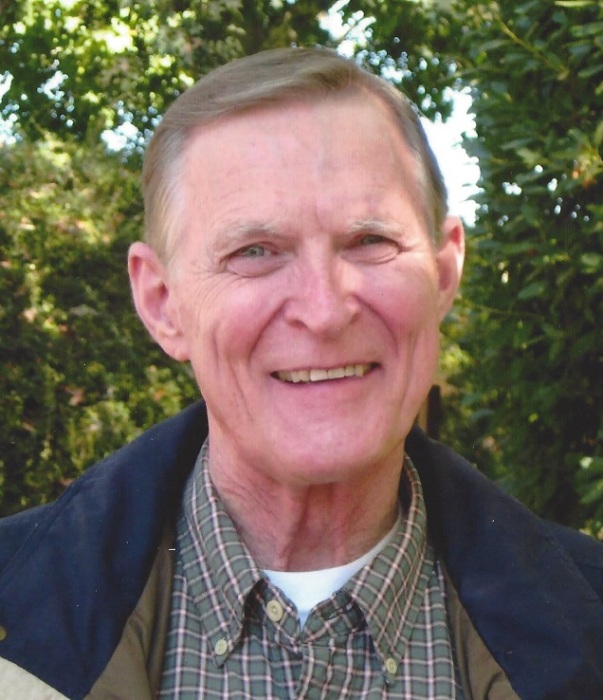 Kenneth Wayne Boyer, 79, of Wilson passed from his earthly life into the loving arms of God on Saturday, June 20th after a long battle with Alzheimer’s.

A burial service will be held for and at the convenience of the family.

Ken grew up in a humble but loving family in Hemple, Missouri, a small town of 60 people. He attended a one room school house for eight grades, worked hard on various farms to help support his family, and graduated Valedictorian of his high school class. Ken then joined the US Navy with the hopes of receiving a college education. His enlistment began as an electrician’s mate in the diesel submarine service. Proving himself highly capable, he received his BA in Mathematics and BS in Chemistry (Suma Cum Laude, Phi Beta Kappa) from the University of Kansas. Still in the Navy, he went on to Officer's Candidate School in Newport, Rhode Island, graduating number one in his class. He then underwent several years of extensive and arduous nuclear training for his service as an officer aboard a nuclear ballistic missile submarine, the Robert E. Lee, stationed in Holy Loch, Scotland.

Tiring of making three month long underwater patrols for several years, he went on to receive his PhD in Analytical Chemistry in 1974 from the University of Illinois. Still in the Naval Reserve, he then transferred to the Commissioned Corps of the US Public Health Service as a Scientist stationed at the Food and Drug Administration in Washington, DC. With his 16 years in the Navy and 10 years in the PHS, he served his country for a total of 26 years.

Ken moved on to a new career at a private analytical laboratory, Lancaster Labs, in Lancaster, PA where he served as Director of the new Pharmaceuticals Division. After several years Ken's entrepreneurial spirit led him to purchase Southern Testing and Research Laboratories here in Wilson in 1987. Located on Park Avenue in an old converted house, and with a staff of 12 people, within 2 years Ken grew the business and moved it to a new self-designed 12,000 square-foot laboratory building on Airport Drive. He increased the staff to 115 and diversified its capabilities to include testing in the fields of Environmental, Agrochemical, Foods, Pharmaceuticals, and Microbiology. The business was sold to Microbac Laboratories in 1998.

Ken was active in both national scientific and local community organizations. He served for many years on the Board of Directors of the Association of Official Analytical Chemists and was the author of many scientific papers and the holder of several scientific patents. After coming to Wilson he served on the local Board of Directors for BB&T, the Wilson Chamber of Commerce, and as the President of Imagination Station.

Besides his family, he was proudest of his naval service. He was a loving, caring, encouraging, and optimistic individual who was a friend to all and a mentor to many. Ken was a good Christian man and a member of the first United Methodist Church, who had a positive impact on the lives of those around him.

He was a wonderful and very loving husband, father, grandfather, and brother and will be greatly missed by all who knew him. He leaves behind Merrilyn Boyer, his wife of 45 years, as well as his sons, David (Trang) of San Francisco, CA, Scott (Idah) of Nashville, TN, and Craig (Hanny) and granddaughter, Mia of Glendale, CA; sisters, Betty White of Phoenix, AZ and Dorothy Jarman of Wilson; sister-in-law, Martha Ford of Wilson, as well as several nieces and nephews.

To order memorial trees or send flowers to the family in memory of Kenneth Boyer, please visit our flower store.