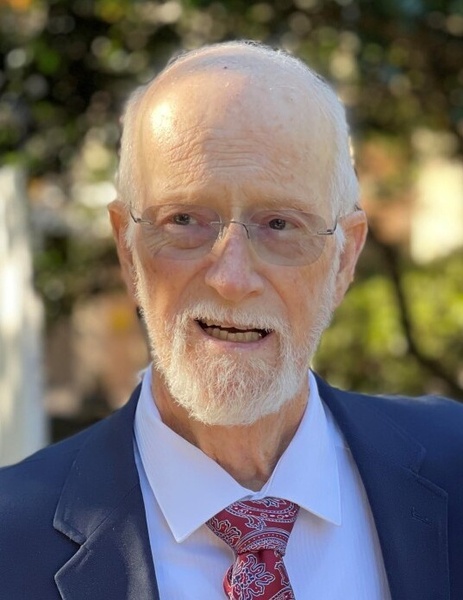 Born September 21, 1940, in Statesville, North Carolina, Mickey was the son of the late James Willard and Dorothy Nicolson Harris.  He attended Statesville Senior High School where he graduated in 1958.  It was at Statesville Senior High where he met his life long friend, Bill Holland.  Mickey and Bill along with their wives Dixie and Carolyn, lived side-by-side for over 25 years, raising their kids, building tennis courts and a pool which served as the home-away-from-home for many kids in the West Iredell County area.  Friday night post-football pizza for anyone who showed up, tennis tournaments and pool parties made the Whitney Lane dead end road the place to be.  There were tragedies and heartbreak but always blanketed in love.

In 1960, Mickey married the love of his life, Dixie Alice Hoke.  For sixty-one years, they built a family-oriented life with their children Anne and Brett at the center. Yet, their love expanded beyond just their kids.  Everything they did was for their kids, whether it was the South Iredell Young Athletes Association to provide opportunities for kids to play football, teaching water skiing on Lake Norman, Sunday family meals, or opening their home to anyone who needed a place.  Mickey and Dixie recently relocated to Wilson, North Carolina, settling in to be closer to their kids.

For over 40 years, Mickey worked for Hunt Manufacturing Company, an office products company, as a tool and design engineer.  During his time at Hunt, he was the sole inventor of a paper shredder shaped to be positioned over a wastepaper basket.

Mickey was a wonderful father to Anne and Brett, a shamelessly proud grandfather to Blair, Taylor, Mack, Maggie and Drew, and a gentle great-grandfather to Harrison, Anderson, Evan and Ella.  He was their hero, teacher, comedian, and on-call fix-it guy.  Every grandchild learned what the heaviest thing on earth was and the ramifications of the infamous finger pull.  In short, Grandpa Mickey knew everything.

Ford Thunderbirds were Mickey’s passion.  He grew to love these cars when he serviced them at the Humble Oil Esso Station in Statesville working there as a young man.  Mickey was an officer in the North Carolina Tar Heel Classic T-Bird Club in North Carolina and a member of the Classic Thunderbird Club International.  Mickey’s powder blue 1957 Ford Thunderbird was a fixture at regional and national car shows where he was a Master Judge.

Mickey will be dearly missed but we all know he loved us, because he told us, every day.  And he knew we loved him. What more could a man want on earth than to love and be loved by his family.

A memorial service will be held in the Spring of 2022 at Bethel Lutheran Church.

In lieu of flowers the family requests contributions to the Junior and Senior Youth Programs at Bethel Lutheran Church, 5759 Bolick Rd., Claremont, NC 27610.

A Memorial Tree was planted for Mickey

To order memorial trees or send flowers to the family in memory of Mickey Harris, please visit our flower store.