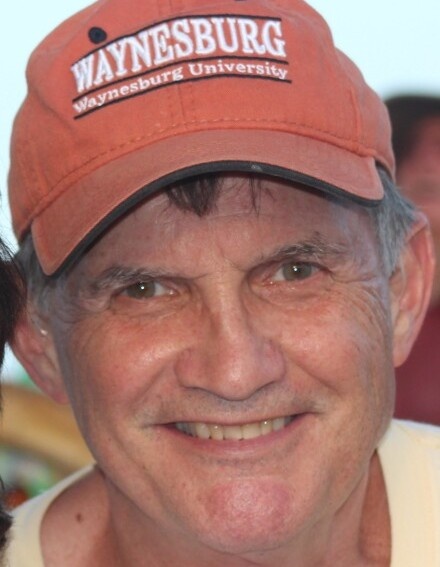 Robert L. Girardin (aka Bob or Bobby), 75, husband, father, grandfather, and friend, died peacefully at his home with his family by his side on August 28th, 2021 after a courageous battle with leukemia. He was born in Long Branch, NJ and raised in Middletown, NJ.

Bob had a lifelong passion for sports. He spent countless hours at the YMCA playing basketball with friends. Bob was a star on the basketball court and was inducted into the Middletown High School North Lions Hall of Fame in 2020. He accepted a basketball scholarship to Waynesburg College where he studied mathematics and also participated in cross country and tennis. He was a member of the TKE fraternity and was the social chairman, a role well-suited for Bob as he loved a great party. He was one of the first basketball players to reach the 1000 point mark at Waynesburg. During his senior year for the Yellow Jackets, he broke the all-time single season scoring record. Later in life, he played with the Wilson All Stars and competed in the National Senior Games.

After college, Bob was a Marine Corps reservist for six years and started his career with the Firestone Tire and Rubber Company that lasted over 40 years. This career brought him to his home in Wilson, NC. He won CEO awards for outstanding performance in the technical arena of the business. His strong work ethic and attention to detail were well-known. Long-lasting friendships were made during this time.

Bob’s generous heart led to active involvement with many groups around Wilson, volunteering his time and experience with Habitat for Humanity and the Whirligig Project. He tutored at the Boys and Girls Club, coached and refereed basketball with the Recreation Department, and volunteered with the Special Olympics for many years. He was a dedicated blood donor with the American Red Cross.

You would often find him working in the backyard and playing with his dog. He enjoyed watching sports with family and friends. He was a big fan of NC State and Duke. His love of music began in his youth, playing drums throughout high school and college. He loved to crank up the tunes and shake a tail feather.

Bob met Sharon, his wife of over 50 years, while attending college. They loved traveling and visiting family. Beach vacations, music concerts, and trips to Bar Harbor, ME were some of their favorites. He adored spending time with his grandchildren. A kid-at-heart himself, the kids always looked forward to playing with their Pop Pop.

Always willing to help others, Bob will be remembered as a generous soul. Compassion was second nature to him. He loved meeting people and engaging in conversations. Bob laughed hard and lived big. He will be greatly missed with heavy hearts.

Robert is survived by his wife, Sharon; son, Robbie (Kami); daughter, Lisa (Craig); sister, Adrienne (Wally); grandchildren, Luke, Gavin, Jake, and Jessa; and numerous cousins, nieces, and nephews. He was predeceased by his parents Robert and Janet Girardin and his brother-in-law Thomas Stoble.

The family would like to offer a special thanks to all of the neighbors and friends who helped during this challenging time. In lieu of flowers, please consider a donation to the Leukemia & Lymphoma Society or GiGi’s Playhouse Raleigh. A memorial will be announced at a later date.

A Memorial Tree was planted for Robert

To order memorial trees or send flowers to the family in memory of Robert Girardin, please visit our flower store.