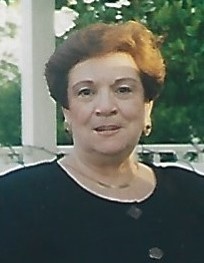 She married Donald Pardo in 1976 and they moved to his native Canada for several years.  They returned to Wilson some five years later for she wished to be nearer her grandchildren.  She went on to retire from Wells Fargo Bank in 2008 and her outgoing nature made her a favorite teller of many customers.  Sybil had many friends – young and old – and she loved spending time with all of them.  She was always young at heart and brought joy and laughter wherever she went.

Preceding her in death in addition to her husband, Donald A. Pardo, in 2005, were her parents, E. D. and Flora Cunningham Jones of Greene County; brothers, Ralph W. Jones and Douglas B. Jones.

A Memorial Tree was planted for Sybil

To order memorial trees or send flowers to the family in memory of Sybil Pardo, please visit our flower store.