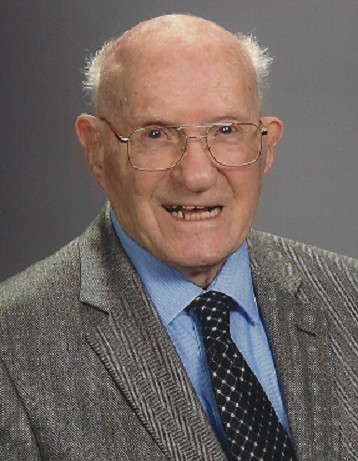 Albert, a native of Henderson, NC served in the Army in World War II in England, France and Germany.  After his military service, Albert moved to Washington, NC where he began a career in Retail Sales and Management.  Albert met and married Mildred Elise Kimbrough in 1951 and soon after they moved to Wilson.  Albert began a career with Belk Tyler that lasted 44 years.

Albert was a long-time member of First Baptist Church in Wilson serving as a deacon and on various committees.  He taught Sunday School for 63 years.  He had a profound love for his Lord and Savior, Jesus Christ, and for his church and all of its many members.  Albert spent many years providing community service to Hope Station, Wilson Crisis Center, Wilson Residential Services, Wilson Crime Stoppers, Meals on Wheels and the Salvation Army.  He was also a member of the Wilson Evening Lions Club.

A Memorial Tree was planted for Albert

To order memorial trees or send flowers to the family in memory of Albert Grissom, please visit our flower store.