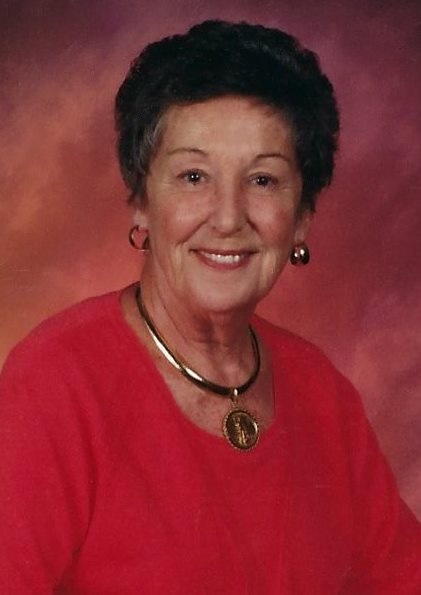 WILSON - Ann William Sample Griffin, 79, passed away on Saturday, April 7, 2018 in Charlotte, surrounded by her children.  She was born December 26, 1938 to Major (RET) and Mrs. William Frederick Sample in Walterboro, SC.

A celebration of Ann’s life will be held at 2:00 PM on Thursday at St. Timothy’s Episcopal Church in Wilson.  The family will receive visitors at the home including immediately following the service.

Ann grew up in Beaufort, SC and graduated from the Nursing School at the Medical College of South Carolina in Charleston (now MUSC).  She moved to Atlanta where she was Floor Head at Henrietta Egleston Children’s Hospital (now part of Emory Medical Center).  In Atlanta, she met her future husband Thomas LaFayette Griffin, MD.  They were married for 49 years when he predeceased her in 2010.  In 1965, Dr. Griffin’s career brought them to Wilson, NC where they would spend the remainder of their lives.

Ann was a servant leader, albeit an extremely quiet one.  She served the Medical Auxiliary of Wilson, The Greenfield School Service League, The American Red Cross, The United Way, The Arts Council, and St. Timothy’s Episcopal Church, her parish home for over 50 years.  Ann was a voracious reader and a very accomplished bridge player.  She received her Ruby Life Master designation just prior to her passing.

The family would like to thank the doctors, nurses, and therapists of The Sanger Clinic, the Surgical-Trauma ICU, & the 10th Floor Progressive Unit at Atrium Health Medical Center in Charlotte, NC.

In lieu of flowers, the family asks for donations to St. Timothy’s Episcopal Church, PO Box 1527, Wilson, NC 27894, the Carolinas College of Health Sciences, Charlotte, NC in support of Nursing Scholarships at www.givecarolinas.org/CCHS, or a charity of your choice.

Arrangements are in the care of Kenneth Poe Funeral & Cremation Service, Charlotte, NC Online condolences can be shared at www.kennethpoeservices.com and Wilson Memorial Service in Wilson.

To order memorial trees or send flowers to the family in memory of Ann Griffin, please visit our flower store.