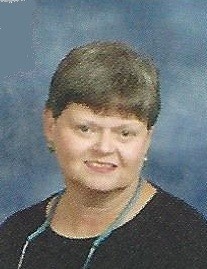 Funeral, Thursday, 11:00 AM, First United Methodist Church.  Interment will be in Greenwood Cemetery, Greenville, at 1:00 PM.

Anne was the daughter of Eva Richardson and Robert Lee Mauney and was preceded in death by her husband, Daniel Bryan Gregory in June, 2018.

She grew up in Greenville and graduated from ECU, majoring in Interior Design.  Anne had a brief career in Interior Design in Florida before returning to Greenville where she married and became a dedicated wife and homemaker.  She and Dan moved to Wilson and graciously opened their home to others.

Anne was a lifelong Methodist attending Jarvis Memorial United Methodist Church, Greenville and First United Methodist Church.  Her faith and prayer life were strong as she touched people through her church and community.  Her love of the arts remained with her throughout her life from her early years of dance to later years of expression through painting.  Family heritage always held a special place in her heart to include her mother’s Richardson roots in eastern North Carolina as well has her father’s Gold Hill, Rowan County roots.  She eagerly embraced her husband’s Moravian background with many pilgrimages to Old Salem participating in Moravian traditions.

She will be remembered as a dedicated wife and a faithful Christian and friend to others.

To order memorial trees or send flowers to the family in memory of Anne Gregory, please visit our flower store.