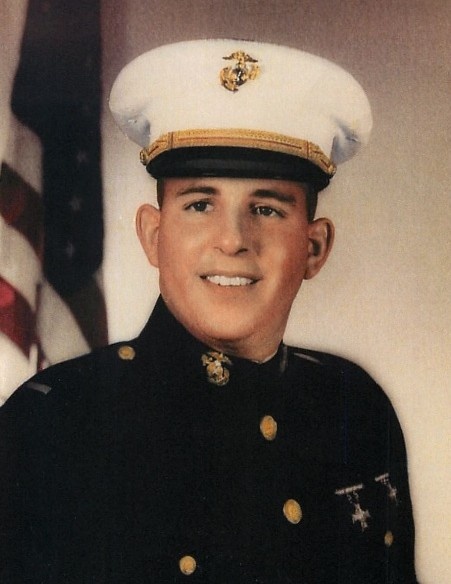 Arthur Brown Tozzi, 78, of Wilson, died peacefully on Sunday, January 26, 2020, surrounded by his children and loved ones.

He wanted it known that he went on to an even better place a happy man.  The “Dancin’ Bear” was an amazing gentleman and a highly decorated Marine.  He served faithfully in the United States Marine Corps for 21 years.  An accomplished fighter pilot, he flew the F-4 Phantom in over four hundred missions during the Vietnam War.  After retiring as a Major, he went on to enjoy a successful second career as a marketing manager for a major defense contractor.

Art was a devoted and loving father and grandfather, a treasured friend and brother, and a beloved member of the Merck Road Gentleman’s Club.  He enjoyed playing golf, was a captivating storyteller, and loved the open road on his motor-cycle. He took great joy in completing several solo cross-country motorcycle trips, and always stopped along the way to visit friends, family, and his brothers in arms.  Art was a gifted writer and a regular contributor to the ‘Letters to The Editor’ section of the Wilson Times. He loved his family, his friends, his country, the United States Marine Corps, and his Marine brothers. He will be terribly missed by all who knew him.

He was preceded in death by his parents, August and Elizabeth Tozzi, and brother, Gus Tozzi.

To order memorial trees or send flowers to the family in memory of Arthur Tozzi, please visit our flower store.