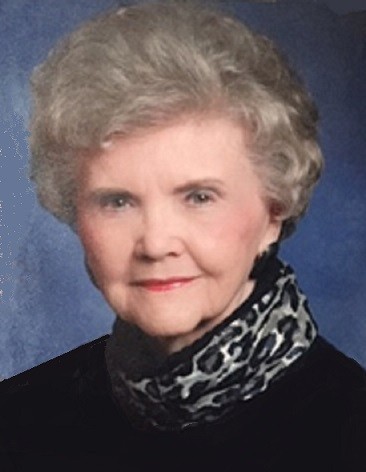 The family will be available during a drive-by visitation at the Eureka Cemetery, 146 E Main St, Eureka, from 10:30-11:00 AM, on Thursday, January 27.  A graveside celebration of Barbara's life will begin at 11:00 AM following the time of visitation.  Attendees are asked to wear a face covering and practice social distancing.

Barbara graduated from Goldsboro High School.  She embarked on a career in business taking her first position at Kemp Furniture Company in Goldsboro as administrative assistant to president William "Bill" Kemp Sr. During her tenure at Kemp, she also worked with Bill in Raleigh after he was elected to the NC legislature. She later served as financial aid director for Mount Olive College where she developed many relationships with faculty, peers and students. Her first attempt at retirement was short lived as she missed being in the working world. After a short hiatus, she accepted an administrative assistant position with Nationwide Insurance in Wilson, working with district manager Joe Musgrave. In 1990, she finally retired to enjoy her home on the Rocky Mount Reservoir and begin a new role as a grandmother, affectionately known as Babs!

Barbara was a person of faith and was committed to service in her church and community. She served Yelverton United Methodist Church in Wayne County and First United Methodist Church in Wilson. She was active in PTA, American Business Women's Association, American Red Cross, American Cancer Society, Wilson Woman's Club and the Wilson Chorale. She was a leading force in the Wayne County Bicentennial celebration in 1976. Barbara was very knowledgeable about flowers and plants and loved working in her yard. She also loved sports and attended many games, meets, recitals and events for her children and grandchildren.

The family would like to express gratitude to all those who faithfully called and wrote to Barbara during these last few years. We also extend a very special thank you to the staff and caregivers at Carteret Landing in Morehead City and to the 3HC hospice team members for the patience, compassion and care showered upon Mom during her season of struggle.

A Memorial Tree was planted for Barbara

To order memorial trees or send flowers to the family in memory of Barbara Darden, please visit our flower store.