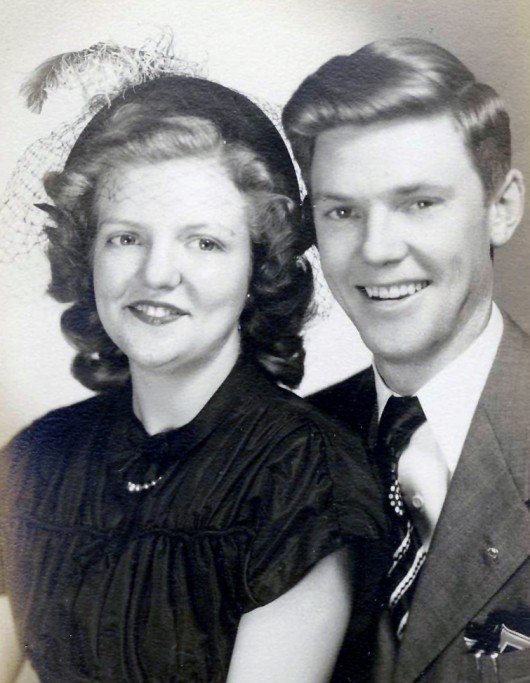 Barbara Mercer was fierce. If you were lucky enough to be her friend, you had a determined and loyal companion forever. Known affectionately by her sons as “the Lady,” she was a social butterfly and participated in numerous hobbies and activities including sewing, quilting, and knitting. Her skills won many blue ribbons from the Wilson County fair. She and her husband were members of the First Baptist Church of Wilson, and both supported the Boy Scouts of America, the local agricultural extension program, their church, and each other. Together they enjoyed gardening and bird watching. Barbara also enjoyed cooking and you could always expect a delicious meal, made with love, that fed both your belly and your soul.

Barbara was devoted to her family and had a servant’s heart. She was the epitome of a good wife, and she unwaveringly supported her husband as he completed his military service, even though that meant that she could not continue her education and training to be a nurse. Instead, she devoted herself whole-heartedly to her family. The marriage she and Bill had was one to be emulated. It was a strong, traditional marriage, grounded in their community, each other, and God. Their marriage is a love story that surpasses time, and one that exemplifies what true love really is and what it looks like. As Bill’s health began to decline in his later years, Barbara was steadfast and unfaltering in her care and devotion to ensure he was comfortable, loved, and knew he and those he left behind were cared for. He was, and still is, deeply missed.

Whenever they visited family, when it was time to leave, Bill was always out the door and in the car before Barbara had finished her goodbyes. He would start the motor, and if she was especially slow, he might blow the horn or move the car, but his actions never made her move any quicker (and likely out of sheer stubbornness and love, she went even more slowly to make him wait, just because she could). She never left anywhere before she was ready. Bill passed away more than eight years ago, and lately, it has felt as though he was waiting, a little impatiently perhaps, for her to join him. Barbara was thoughtful, loving, kind, and witty. If you were loved by her, it did not matter where you were or however long it had been since she had last seen or talked to you, she cared and loved you intensely. This love can still be felt after her passing and gives us comfort in our grief. Members of the family are relieved to know that Barbara and Bill are now reunited, happy and healthy, and we look forward to the day we will see them again.

A Memorial Tree was planted for Barbara

To order memorial trees or send flowers to the family in memory of Barbara Mercer, please visit our flower store.