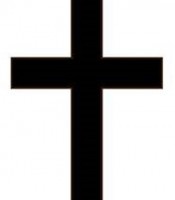 She is survived by her daughters, Jo Anne Johnson (Jerry) and Debby Skinner (Steve) of Wilson; grandchildren, Jake Skinner and Daniel and Cassie Johnson; great-grandchildren, Nico Skinner and Kieran Johnson; sisters, Doris Craft of Saratoga and Grace Shelton of Walstonburg.

To order memorial trees or send flowers to the family in memory of Bessie Fields, please visit our flower store.