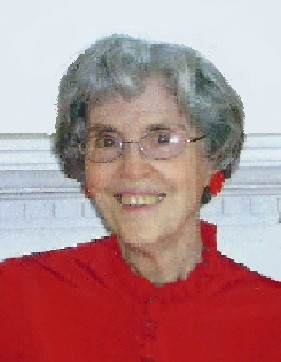 A service for the family will be at Montlawn Memorial Park, Raleigh.

In lieu of flowers, build the future by donating to the Southside Baptist Building Fund, 4948 Carter Rd, Elm City, NC 27822.

Mrs. Fleetwood was born on May 5, 1929 in Columbus County, to Denver Hartford and Mary Alice Kelly Lennon.

She graduated from Mars Hill Junior College and WCUNC in Greensboro, NC.  She taught vocational home economics in Saint Pauls where she married the principal, Carlton Fleetwood, and then they moved on to Apex High School.

Carlton’s job as Regional Director with the NC Department of Public Instruction brought them to Jacksonville, NC in 1974.

Beth dedicated her life to missions in grade school.  She served in the Women’s Missionary Union at First Baptist Church and the New River Association for more than twenty years.  She served on committees in the NCWMU. After moving to Rocky Mount, Carlton and Beth attended Southside Baptist. She believed in and supported missions both at home and internationally.  To honor her memory, continue her love of missions by telling someone about Jesus.

She was preceded in death by her brothers, Lynwood and Max Lennon.

To order memorial trees or send flowers to the family in memory of Beth Fleetwood, please visit our flower store.