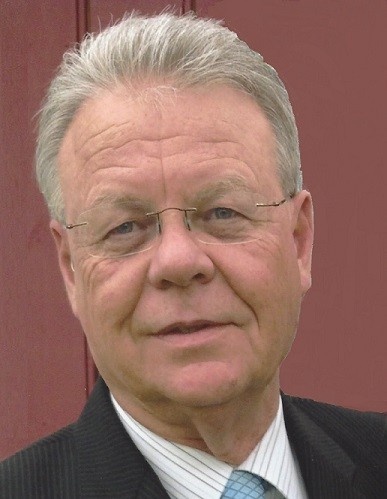 WILSON - Robert Preston Craft died suddenly Feb. 15, 2018, after a lifetime of making the world a better place for his family, friends and people he had never met.  He was 68.

Bob was born to Harley and Virginia (Smiley) Craft on May 22, 1949, at the Stonewall Jackson House in Lexington, Va. His place of birth foreshadowed a lifelong passion for American history. He enjoyed reading biographies, watching documentaries and walking old battlegrounds in his home state.

A member of Theta Chi fraternity, he graduated from James Madison University in 1972 with a degree in business administration.  He met Nancy Ellen Gorry during his junior year and she would become the love of his life. Their love affair spanned nearly five decades and was filled with laughter, teamwork  and an  unwavering devotion to each other.

The couple married on June 15, 1974, with Bob becoming the newest member of a large, extended Yankee family. His Northern relatives loved him from the start, grateful for his kindness, ready supply of jokes and easy-going manner.  His tradition of changing into a Creamsicle-colored leisure suit and hitting the dance floor at weddings became one of the most-loved family customs.

Bob and Nancy had three children, who were his greatest joys. He spent countless hours enjoying their athletic competitions and school activities, supporting his kids in whatever direction their passions took them.  He spent his entire career in the banking industry, including the last 15 years with BB&T in Exception Statement Services.  But, more than that, Bob Craft was a man who would do anything for anyone. He was a member of the Wilson Luncheon Lions Club, serving as the group’s president for many years. He was named Lion of the Year in 2012, a tribute to his tireless work on behalf of Meals on Wheels, the Vision Van, hurricane relief efforts and the Eastern North Carolina School for the Deaf Picnic.

His door was open to everyone, including relatives, rescue dogs and members of the Wilson Tobs baseball team, whom he and Nancy referred to as their “Tobs Boys.” He welcomed them all with traditional Southern hospitality and a superhuman amount of patience. An avid golfer and a die-hard Nationals fan, Bob was happiest when he and Nancy spent time with their children and grandchildren. He became a grandfather in June 2017, when Caleb William Keehan and Emilia Ellen Craft were born.  Affectionately referring to his grandchildren as “Baby Boy” and “Baby Girl,” Bob enjoyed reading to the babies and making them laugh as they tried to grab his glasses. He knew every song that their toys played.

He was preceded in death by his parents; parents-in-law, Grace and Charles Gorry; and sister-in-law Carole Gorry.

To order memorial trees or send flowers to the family in memory of Bob Craft, please visit our flower store.