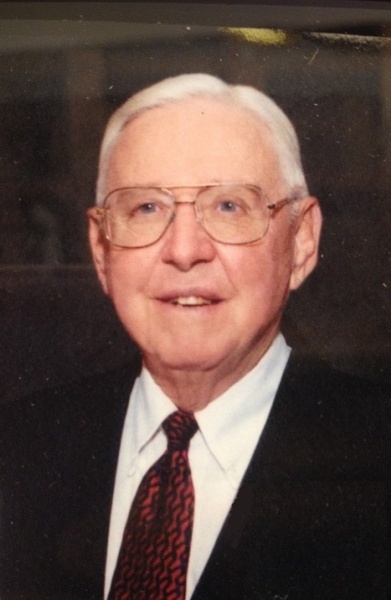 He was born March 13, 1925 to the late Robert Edward and Bessie Barnes Kirkland.  In addition to his parents , he was preceded in death by his brother Dr. John A. Kirkland and great granddaughter Mary Thomas Franklin.

As a lifelong resident of Wilson, he graduated from Charles L. Coon High School. Afterwards he served three years in the U.S. Army during World War II, and received a battlefield commission and was promoted to Second Lieutenant at age 19. He also received the Bronze Star Medal for heroism in ground combat in the Philippine Islands in 1944. He wrote a memoir for his children and grandchildren about his experience in the war and ended it with this. “I want you to remember that winning World War II saved Democracy and it still is surviving and hopefully it will survive for many years to come”.

His faith and church were very important to him. He was a lifelong member of the First United Methodist church. You would see him every Sunday on his favorite pew until his declining health no longer allowed him to attend. He served as Chairman of the Finance Committee and Chairman of the Administrative Board.

His home and his family were very dear to him, he loved and was deeply loved. He was a generous, loyal, kind and honest man. His favorite advice was “ be true to yourself”. All around him knew that he also had a wonderful sense of humor. He enjoyed spending time at Topsail Beach, traveling and most of all he loved the game of golf.

Many thanks to his loving caregivers over the past few years,Janet Brown, Olivia Mercer, Jackie Rogers and Palace Melvin.

In lieu of flowers memorials may be made to First United Methodist Church, PO Box 1423, Wilson, NC 27894.


To order memorial trees or send flowers to the family in memory of Bobby Kirkland, please visit our flower store.