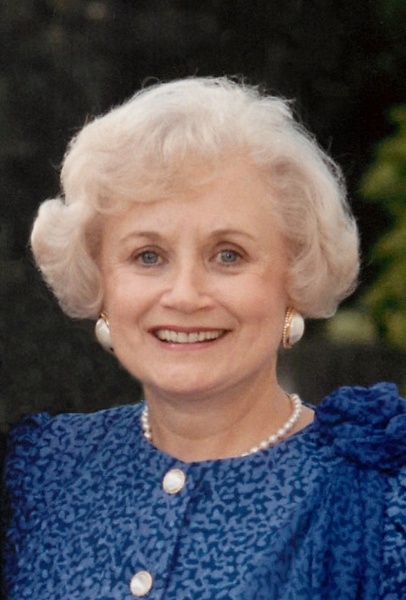 Christine Justus Tickle of Wilson passed gently into her eternal rest early on the morning of April 1, 2020.  Christine, who was lovingly called “Sugar” by her family, a nickname given to her originally by her first grandchild, was a much-beloved wife, mother, mother-in-law, grandmother and friend.

A memorial service was held on Tuesday, April 7, 2020, at Maplewood Cemetery in Wilson.

Christine was born in Edneyville, North Carolina, on April 19, 1932, to Walter Brownlow Justus and Lexine Holbert Justus, the youngest of three children (her older siblings, both now deceased, were brother Elbert and sister Doris).  In 1951, while attending the wedding of his sister, she met a handsome young med student from Duke named Dewey Reid Tickle.  In 1953, she graduated from Watts School of Nursing in Durham.  That same year, she married Dr. Tickle (later known as “Daddy Reid”), and together they made homes in Montgomery, Alabama (where he served in the Air Force at Maxwell AFB), St. Louis, Tulsa and Charlotte, before settling in Wilson in 1965.  They lived in Wilson and were an integral part of that community until Daddy Reid’s death in December 2019.

Sugar and Daddy Reid had four daughters – Sally Gudger (Butch), of Hendersonville; and Libby Fozzard (Peter), Jenny Hufford (Steve) and Susan Hamilton (John), all of Atlanta.  Sugar’s pride and joy were her 10 grandchildren, whom she loved fiercely and who will miss her greatly: Sarah and Reid Gudger; Drew and Allen Fozzard; Madison, Caroline and Emily Hufford; and John, Reid and Virginia Hamilton.  When she was in her 60s, she discovered a latent talent for painting, and for a time she prolifically produced a series of beautiful works, which are now family keepsakes.  She and her grandchildren both enjoyed the “help” she sometimes received in these efforts.

Sugar was a joy to be around, and until she suffered from vascular dementia late in her final years, she was full of life.   A traditional Southern matriarch, she poured her heart and soul into her four girls, raising all of them to become women of great character who proved to be lovely wives and loving mothers in their own right.  She loved to tease and be teased, but she also had a feisty streak, and if you caught the wrong end of that streak, perhaps because she thought you were taking advantage of one of her children or grandchildren, you knew it.

She was greatly loved, and we are grateful for the full life she lived. We will miss her dearly, but we take solace that she is now in Heaven with her savior Jesus, reunited there with her beloved husband Reid, and having regained her youthful beauty and vitality.  We are sure Daddy Reid and Sugar were glad to see each other after a short separation, and are once again a beautiful sight to behold, holding hands on the front porch of the mansion Jesus has prepared for them.

In lieu of flowers, donations may be made in her memory to First Presbyterian Church, PO Box 3184, Wilson, NC 27895.

To order memorial trees or send flowers to the family in memory of Christine Tickle, please visit our flower store.