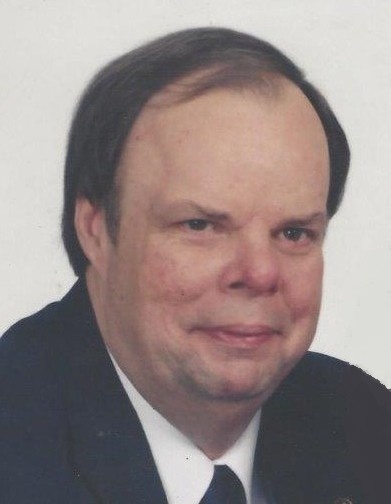 Dan’s family will receive friends on Thursday, October 3rd from 6:30-8:00 at Wilson Memorial Service at 2811 Fieldstream Dr. N, Wilson. Memorial services will be for and at the convenience of the immediate family.

Dan was born to the late Harry Rodman Weatherington and Mary Parker Weatherington on July 20, 1947. He was raised in Raleigh and spent his summers in South Creek with his Aunt Oma visiting crab houses and working on fishing boats. As a teen he enjoyed writing and won many young literary awards. He graduated from Carlisle Military School in South Carolina and earned two degrees at North Carolina State University.

After college Dan became the Vice-President of Greentree Acceptance Corp located in Raleigh, NC. He was widely respected and his coworkers referred to him as the “joke cracking executive”. In addition to his career in finance, Dan served as the President of the Wilson Sales and Investment Club and operated a successful business in income producing properties.

In his personal life, the Masonic organization was his passion. Dan became a Master Mason on July 3, 1981 and later became District Deputy Grand Master. He was the Master of Wilson Lodge #712 in 1988 and chairman of the Grand Lodge of North Carolina Committee of Masonic Education for nine years. During his term on the Education Committee he wrote and published the Lodge Night program, a program offering Masonic education programs to members. He served on the Board of Directors for the Shriners. He was co-founder of Wilkerson College, North Carolina’s college of Freemasonry, and served as an instructor and the first Dean of the College. In 2004 he received the Joseph Montfort medal from the Grand Lodge of North Carolina, of which he was very proud. He was awarded Order of Merit Commander for Exceptionally Meritorious Service to Freemasonry. He received both the York and Scottish Rite degrees and in addition to receiving the K.C.C.H. degree in the York Rite, he felt one of his greatest accomplishments was to be coroneted Inspector General Honorary 33rd Degree. He was the second person in Wilson County to receive this honor.

After retiring due to his multiple sclerosis diagnosis, Dan took on another passion, writing. His first book, drawn from his life experience, told the story of a man navigating the corporate world trying to hide a disease that would ultimately end his career. He published 17 novels, one of which, Recognizing Prince Hall , recanted the 11-year effort to gain recognition of black Freemasons as regular and equal Masons and was internationally acclaimed. He took great comfort in knowing his writings would be his legacy after his passing.

In his final years he enjoyed collecting coins, programming computers for businesses and individuals, writing speeches, and publishing his novels. He looked forward to his Thursday lunches with his best friends and visits from his daughters and grand dogs. Throughout the many years of his illness, Dan kept his wit, optimism and gratitude. He loved nothing more than a dry retort and respected anyone who could make him laugh. He was proud of how long he was able to fight MS and his competitive nature kept score with anyone else who was diagnosed. Joyfully he beat them all.

He was preceded in death by his parents Harry Weatherington and Mary Parker Weatherington; as well as his younger brother Harry.

Dan is survived by his wife of 50 years, Judy Weatherington, and his daughters, Wendy Weatherington of Greensboro and Leslie Weatherington of Asheville. They would like to thank all the staff at Wilson County Emergency Services and Dr. Benjamin Thomas, who attended to Dan’s care tirelessly.

In lieu of flowers, memorials are suggested to the charity of one's choice.

To order memorial trees or send flowers to the family in memory of Dan Weatherington, please visit our flower store.