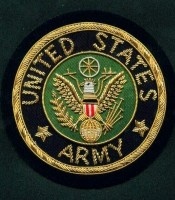 A Service of Death and Resurrection will be Saturday, 10 AM, at St. Timothy's Episcopal Church. The family will be at home Friday, 5- 7 PM.

Dan, a native of Ohio, came to Wilson in 1974 with the opening of Firestone. He was a member of St. Timothy's having served on the vestry and as an usher. Dan served in the Army during the Vietnam War. His exposure to Agent Orange while serving in Vietnam is considered a significant risk factor in his development of cancer.

He is survived by his wife, Lee Gregg Ange Wilhelm; son, David Wilhelm (Leigh) and their daughter, Meg; step-son, Robert L. Ange, Jr. (Kristen) and their children, Courtney, Watkins and Calvin; and daughter-in-law, Ginny Batten and her children, Virginia and George.

A special thank you is extended to Dr. Scott Smith and staff at Southeastern Medical Oncology for their loving care and compassion.

To order memorial trees or send flowers to the family in memory of Dan Wilhelm, please visit our flower store.