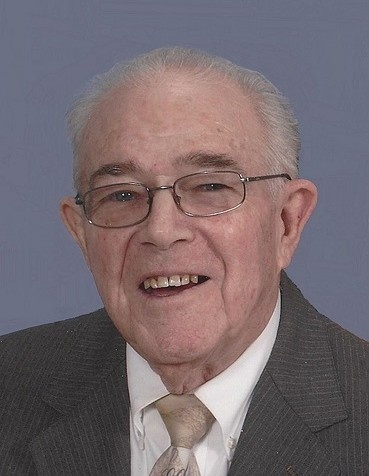 BAILEY - Daniel “Dan” Lee Johnson, Jr. passed into eternity to be with his Savior on Friday, January 12, 2018.

The funeral will be held on Friday, January 19, 2017 at 2:00 p.m. at Bailey Baptist Church, 6646 Deans Street, Bailey with visitation one hour prior to the service in the church sanctuary.  Burial will be in the Bailey Cemetery.

He was born in Nashville, North Carolina as the oldest child of Daniel Lee Johnson, Sr. and Beatrice Baker Johnson.  After graduating from Bailey High School, Dan attended the University of North Carolina at Chapel Hill before returning home to work in his father’s retail grocery business.  He later attended DeForest Electronics School and Lee Institute Brokerage and Appraisal School.  He also obtained his real estate appraiser’s license.  He spent 25 years in the retail grocery business, operating three grocery stores and a slaughter house at one time, and was also a farmer.  He also worked for a wholesale grocery distributor and in the auction business for several years.   Dan would say that none of that mattered as much as his work serving the Lord in various church roles and ministries.  He was also actively involved in visiting shut-ins and those in nursing homes as well as with a prison ministry.  Once he retired, this became a primary focus for him, and he was able to lead numerous others to salvation in Christ.  Dan was also a skilled woodworker, made numerous crafts celebrating his faith and patriotism, and gave these away to others.   Being a child of the Great Depression, Dan learned to be frugal and could always make something out of nothing.  He believed in doing things the right way or not at all.  Like his father before him, he did not place a lot of emphasis on worldly goods.  He truly was a giver not a taker.

In lieu of flowers, memorials may be made to Bailey Baptist Church, 6646 Deans Street, Bailey, NC 27807.


To order memorial trees or send flowers to the family in memory of Daniel Johnson, Jr., please visit our flower store.