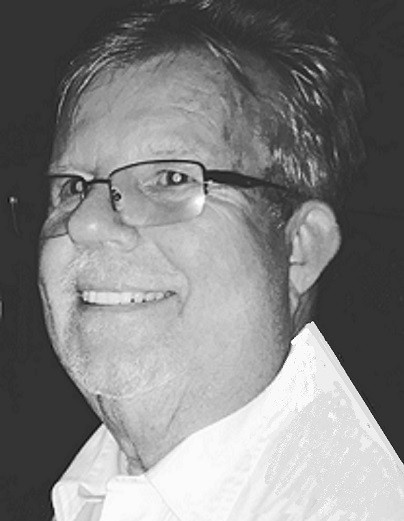 Danny Gray Jones, 66,  of Wilson, beloved husband and father, passed away in his home surrounded by his family on Friday, December 6, 2019.

He was born in Wilson to John and Josephine Jones.

Funeral, Monday, 2 PM, Wilson Memorial Service.  The visitation will be one hour before the funeral.

He was born in Wilson to John and Josephine Proctor Jones.

Danny grew up in Wilson County where he attended Rock Ridge school and went on to later graduate from Wilson Community College and Atlantic Christian College with a business degree. He enjoyed a successful 30+ year career in sales traveling all around the country.

Danny and Deborah met in the summer of 1977. Soon after they met, they started dating and married six years later in Wilson. They have three children, Brittany, Jordan and Garrett, and raised them here in Wilson where they enjoyed growing up so much. Danny was active in his family’s life and was so proud of all of his children. He spent many summers as a baseball coach for Jordan and Garrett’s Rock Ridge teams. Danny also supported the kids at school, leading the Wilson Christian Academy Booster Club’s Barbecue Chicken Fundraiser serving his famous grilled chicken.

Danny was always the life of the party. Whether hosting one of his annual oyster roasts or Christmas fish stew get-togethers, or heading to Emerald Isle for the summers, everyone had fun when Danny was around. He loved to gather in the kitchen and get the family dancing to his favorites by The Eagles, Led Zeppelin and Tower of Power, just to name a few. His love of music was and continues to be a huge part of his children’s lives.

While Danny’s long battle with dementia was a difficult time, the Jones family is so grateful for the close friends and loved ones who gathered around him to support him. Whether it was a call to check in, a laugh to bring or a visit to spend time, thank you from the bottom of our hearts to those of you who were friends until the very end.

His parents John and Josephine Jones, and sister, JoAnn Whitley, preceded him in death.

Flowers are welcome or memorials may be made to the Dementia Alliance of North Carolina. 9131 Anson Way, Ste 206, Raleigh, NC 27615.

To order memorial trees or send flowers to the family in memory of Danny Jones, please visit our flower store.