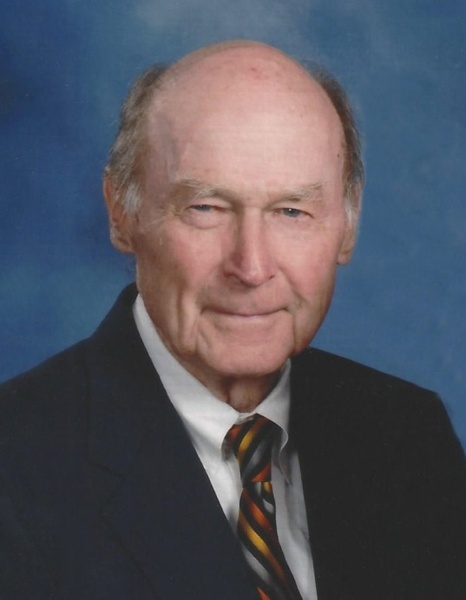 The son of the late Janet Riley and U.H. Cozart, Jr., he was born in Wilson November 8, 1933 and lived his entire life there with the exception of his high school, college and military years.

Due to the Covid 19 Pandemic, a church service will not be held, but a graveside service will be conducted on Thursday, December 17, 2:00 PM at Maplewood Cemetery. Masks are required.

Dick was a well-known farm manager and tobacco warehouseman. He was a partner in Cozart Eagles and Co, operating three Centre Brick warehouses in Wilson. His experience as a farmer and warehouseman made him a valuable member of numerous boards and commissions. After the sale of Centre Brick warehouse in 1986, he continued to manage farms growing tobacco and other crops. He was associated with Cozart Farms Partnership for more than fifty years, serving in various roles as secretary, treasurer and office manager. He was a member of the Wilson Tobacco Board of Trade for many years and served as its president.

During his career, he was involved in a great many community organizations. During this time, he was President of the Wilson Chamber of Commerce, serving as the chairman of its Agricultural Committee for a long time. He headed the United Way Tobacco Division, was a member of the Wilson Recreation Commission, was a member of the Downtown Redevelopment Board and was the original President of Wilson’s Imagination Station also serving as the chairman of its board. He was the director of the First Union National Bank and was the original member of the Wilson County Zoning and Planning Board which wrote the county’s planning and zoning ordinances. Dick was instrumental in the completion of this task.

From the time that he returned to Wilson from the Navy he was very involved with St. Timothy’s Episcopal Church, serving a number of three-year terms on the vestry. He was Junior Warden, Senior Warden and was a lay reader and a member of the choir. As a representative of the church, he attended many of the annual conventions of the Diocese of North Carolina. In later years, he was involved in the maintenance and major church repairs. He served on Search Committees to find new rectors for St. Timothy’s. He held almost every leadership position in the church, giving faithful and dedicated service. In summary, it can be said that he was a Christian gentleman and that his was a life well lived.

Dick loved sailing with friends and family. He enjoyed many summers at Atlantic Beach and Morehead City. In later years, he and a number of friends met for coffee to discuss many topics.

A graduate of Episcopal High School in Alexandria, Virginia, he attended the University of North Carolina at Chapel Hill on an ROTC naval scholarship. At the University, he became a member of the Zeta Psi fraternity, which provided a lifetime of special friendships. Upon graduation he served from 1956-1959 as a supply officer of a Destroyer.

Those wishing to make a memorial gift should direct them to St. Timothy’s Episcopal Church, PO Box 1527, Wilson, NC 27894 or to a charity of one’s choice.

To order memorial trees or send flowers to the family in memory of Dick Cozart, please visit our flower store.