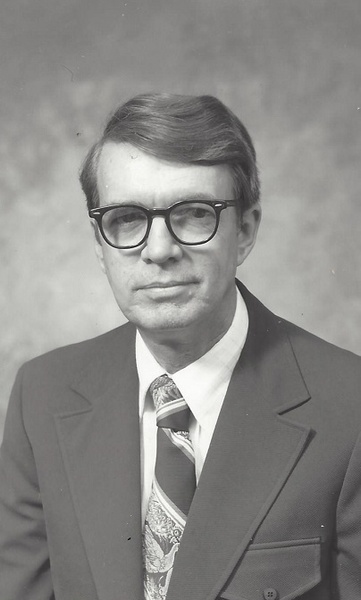 Don was born on June 24, 1924 to the late Reginald Leroy and Nell Strickland Overman. He attended Stantonsburg School and entered NC State College in the Fall of 1940 at the age of 16.

Like many of the Greatest Generation, Don enlisted in the military, entering the Aviation Cadet program of the US Army Air Force.  He completed his bombardier preflight training at Ellington Field in Houston, Texas on July 28, 1943 and completed Gunnery School and Bombardier training in Big Spring, Texas on November 16, 1943.   On March 18, 1944, he was commissioned as a Second Lieutenant and ordered to active duty.  He was assigned to the 578th Squadron, 392nd Bomb Group, 14th Wing, 2nd Air Division, 8th Air Force.  His B-24 crew became his family for 35 missions over Europe, mostly over northern France and Germany.  The crew of the “Sweat ‘n’ Duck” flew their first mission on September 25, 1944 and their last on April 20, 1945.  For his service in WWII, Don received an Air Medal and 5 oak clusters.  On September. 7, 1945 he received an appointment to First Lieutenant in the US Army Air Force.

After the war, Don returned to NC State College and graduated with Honors with a degree in Civil Engineering in June of 1948.  He was employed by Standard Oil Company to work for their subsidiary in Caracas, Venezuela.  Upon learning of a proposed increase in the US Air Force, he returned to the US in October only to find that President Truman had frozen the funds approved by Congress.  Subsequently, he entered East Carolina Teachers College and received his Master of Arts degree in secondary mathematics on August 19, 1950.

On September 30, 1950 Don married the love of his life, Lena Grantham.  On October 4th, during their honeymoon at Fontana Dam, he received a call from his mother that he had been called to active duty as of that day and had to report to Ellington AFB, Houston, Texas on October 6th.   Don completed navigator training and graduated 1st in his class of 26.   He was assigned to Mather AFB in Sacramento, CA as an instructor.  Although he loved the Air Force, he loved his wife more and they returned to Stantonsburg to build their home and settle into their life together.   In the Spring of 1953, Don applied to teach math in the Fall at Charles L. Coon in Wilson, NC.  That summer he inquired about summer employment at the Division of Highways in Wilson  and was offered a permanent position as a Highway Engineer I.   Don’s career with the NC Department of Transportation took him to many parts of Eastern NC in many roles, as District Engineer, Safety and Emergency Planning Engineer, Assistant Division Engineer, Division Engineer and as manager of the NC Ferry Operations where he oversaw the christening of a new ferry.  On July 7, 1979, Don became Chief Engineer of the NC DOT.  That required him to live in Raleigh and so after two years, on November 30, 1981, he retired and returned to his life in Stantonsburg with his friends and family.  During his retirement, he became a gentleman farmer, bought a small tiller and planted a two-acre garden.  He loved his 1966 Jeep and drove it around town and to the farm.  He also loved his role as Granddaddy.  He and Lena took a very active role in the lives of their grandchildren.  After Lena passed away in 2014, Don spent his time as he wished, staying active and independent with small projects he wanted to accomplish.  One of those projects was to chronicle his life from his first day of school to his retirement – 35 pages, handprinted, 5 times, one for each of his children and grandchildren.

Preceding him in death in addition to his parents, are his wife, Lena, and a grandson, Donald Benjamin Overman.

In lieu of flowers, the family asks that memorial donations be directed to Transitions LifeCare. 250 Hospice Circle, Raleigh, NC 27607 (https://transitionslifecare.org/donate) for their compassionate care of Don and his family or to the 392nd Bomb Group Memorial Association (https://www.b24.net/overman), a nonprofit that Don supported so we never forget those who served our country during WWII.

To order memorial trees or send flowers to the family in memory of Don Overman, please visit our flower store.