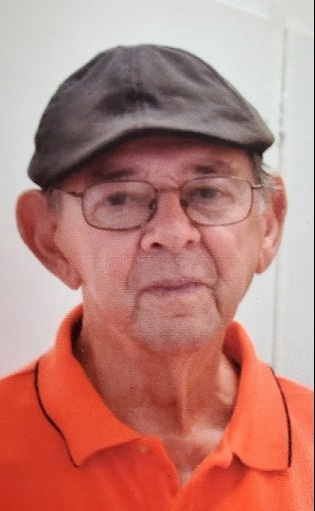 Donald Farmer “Don” Pridgen, 86, of Wilson went home to his Lord on Tuesday, August 9, 2022 at 6:00 in the afternoon. He was attended by his beloved wife Glenyce, who had remained faithfully by his side over the preceding month while Don was under the care of Kitty Askins Hospice of Goldsboro.

Don was a well-known tobacconist in Eastern NC, having been employed by Imperial Tobacco, James I. Miller, and Standard Commercial Corporation. He was a long-time member of First Baptist Church of Wilson, where he once taught the junior boys Sunday school class. He also served his country in the U.S. Army Reserves. Don’s interests included camping and boating with family, antique furnishings, music and dance, exploring family genealogy, gathering for good conversation with friends, telling stories, especially of the comic variety, and his love of animals. He was a generous and compassionate person, caring for his family, neighbors, and those who were in need.

As Don’s devoted children returned to Kitty Askins on Tuesday afternoon following a quick return to Wilson, they were comforted by the presence of a beautiful rainbow which accompanied them all the way and stretched out behind the hospice center upon their arrival. We, the family, thank the Lord for all of His “God winks” as He made Himself known in a myriad of ways each day during Don’s illness. We are thankful, too, for each medical professional and friend who accompanied us on the journey leading to Don’s reunion with his Maker. May you be blessed one-hundred-fold for your kindness.

A graveside service celebrating Don’s life and faith will be held on Saturday, August 13, at 10:00 a.m. at Maplewood Cemetery, led by the Reverend Julia Matthews. A visitation is planned for Friday evening, August 12, from 6:30 until 8:00 p.m. at Wilson Memorial Service.

The family wishes to say a special “thank you” to the staff of Kitty Askins for their compassionate care during the final month of Don’s life.

To order memorial trees or send flowers to the family in memory of Don Pridgen, please visit our flower store.