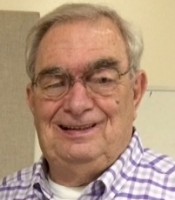 Funeral, Monday, 11:00 AM, Ascension Lutheran Church, followed by a time of visiting and sharing.

He worked for Yellow Freight Motor Lines for 22 years. A member of Masonic Lodge 117, he was also involved with Allied Masonic Degrees and York Rite Bodies. He enjoyed the Wilson Woodcarvers and the Wilson Camera Club. He was a member of the Sons of Confederate Veterans and was instrumental in having the Confederate Hospital moved to its present site, N. Goldsboro Street, and having it listed on the Civil War Trails map.

To order memorial trees or send flowers to the family in memory of Donald Hawley, please visit our flower store.