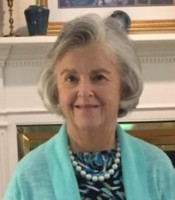 A memorial service celebrating her life will be held at Noon on Friday, September 1, 2017, at First United Methodist Church, Wilson, NC. The family will receive friends at the church after the service. A later, private interment will be held for the family.

Donna was a loving wife, mother, and grandmother. She enjoyed every opportunity to make memories for her family which they will cherish forever. Her sweet, gentle, and kind nature touched all those who knew her, and all those who did not would have been better persons had they known her.

To order memorial trees or send flowers to the family in memory of Donna Beaman, please visit our flower store.