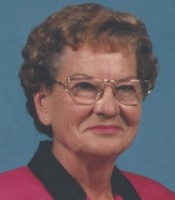 Mrs. Watson was preceded in death by her husband, Glenn Watson in 2013. She was retired assistant administrator at the former Wilson Clinic and had been secretary for many family owned businesses. Mrs. Watson had also served on the Wilson County School Board.

She was also lovingly known as "Grandma" to her extended family; Beth Simmons (Ken), Noah Simmons, John Burke, Anna Burke, Abby Hupp and many others.

To order memorial trees or send flowers to the family in memory of Doris Watson, please visit our flower store.