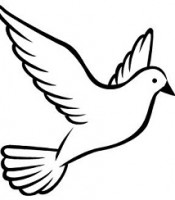 Dorothy was born in Rome GA, and grew up in Fla. After WWII, she and husband, Bill, moved to his hometown of Durham. There they raised their two daughters.

Dot was active in the Durham community, serving on countless boards and with Altrusa International of Durham for 50 years, where she was a founding member. She was a lifetime member of Trinity Avenue Presbyterian Church, and served as a Trustee of the Presbytery of New Hope Foundation. Dot was recognized for her service by the Presbyterian Church (USA) with life membership for exceptional leadership.

In addition, she served on the Durham Human Relations Commission, the Senior Citizens Council, and Scarborough Nursery School, where she was the first caucasian member and president.

She worked for the United Way of Durham for more than 20 years before going to Duke University as director of gift records. At the time of her retirement, Dot was director of endowments. In retirement, she served as president of the Duke Retirees Association. She was a member of the Iron Dukes, and a regular at basketball games.

When Dot moved to Wilson, she began reading her way through the Wilson Library. She enjoyed a variety of books and the helpfulness of the library's staff.

Dot was preceded in death by her parents and siblings.

She is survived by her daughters, Summer Brock of Wilson and Linda Oberlin of Morehead City.

In keeping with her wishes, no service is planned.

To order memorial trees or send flowers to the family in memory of Dot Brock, please visit our flower store.