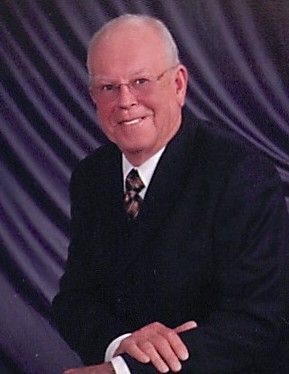 Funeral, Monday, 2:00 PM, Eureka United Methodist Church.   Interment will follow immediately at the Eureka Cemetery followed by visitation.  Family will receive friends other times at the home in Eureka.

Doug served on the North Carolina State Highway Patrol from 1969-1997, where he retired as First Sergeant of Wayne County.  Most recently, Doug served as mayor of Eureka from 2009 - present.

Doug was preceded in death by his wife, Erlene Sauls Booth; his son, Chadwick Booth; and parents, John and Virginia Mallard Booth.

A Memorial Tree was planted for Doug

To order memorial trees or send flowers to the family in memory of Doug Booth, please visit our flower store.