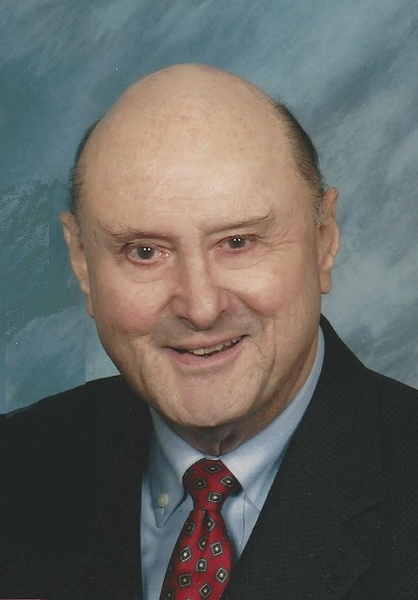 A beloved husband and father, he was also a well-respected physician, practicing internal medicine in Wilson for fifty years.  Hoke was born on November 19th, 1927 in Winston Salem, to May Evangeline and Hoke V. Bullard, Sr. He was raised in High Point and Charlotte. He graduated from Central High School in Charlotte in 1945 and furthered his education at the University of North Carolina at Chapel Hill. There he was a member of the varsity track team, Sigma Chi fraternity and Phi Beta Kappa, graduating in 1948. He served as Vice President of his medical school class at UNC, then a two year school. He graduated from Harvard Medical School and received his doctorate of medicine in 1951. It was in Boston where he met the love of his life, Mary Jane Schumacher, and they married in 1952. He served in the Army in the Korean War in 1953 in a MASH unit, and held the rank of captain. After his return, the couple moved to Chapel Hill to complete his postgraduate medical training, and there they started their family. In 1957 the Bullard family moved to Wilson where Dr. Bullard joined the Wilson Clinic. At various times he served as president of the Wilson County Medical Society, chief of staff at Wilson Memorial Hospital and president of the Wilson Clinic. He also served on the selection committee of the Morehead Scholarship Program at UNC Chapel Hill. A gifted story-teller, he has had many humorous life stories to tell over the years. He was always able to see the good in everyone and everything. He was a true optimist and made the most of all of his experiences. He endeared himself to most everyone he met and had a great empathy and acceptance for others. Many colleagues and friends have described him as the smartest man they knew. He had an excellent memory and an impressive wealth of knowledge on many subjects. His attention to detail was meticulous in every aspect of his life. He had many interests. In addition to his family and his medical practice, he was an avid reader and enjoyed history, golf, sailing, and target shooting.

He was preceded in death by his wife of 66 years, Mary Jane, and his sister Betty Moore Bullard.

The family would like to thank the many individuals involved in Dr. Bullard’s care including private duty caregivers, home care agencies and Delores Bailey who cared for Dr. Bullard for many years.

To order memorial trees or send flowers to the family in memory of Hoke V. Bullard, MD, please visit our flower store.