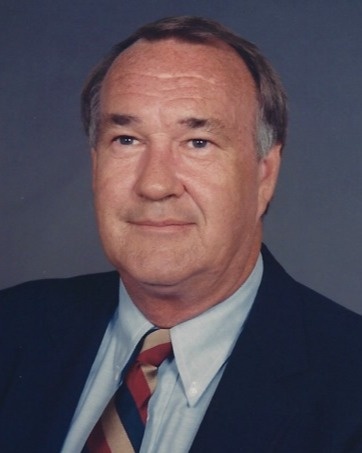 On September 27, 2022, Stephen Earl Boykin finished the “back nine” as he passed away peacefully surrounded by his family. He was 83 years old.

He had battled several health issues over the years with strength and determination just as he had always attacked the golf ball and any other sport he played.  To say he was at the top of his game is an understatement.  He was often kidded of having lived more than nine lives.

A memorial service will be held October 5 at 2:00 p.m. at the First Christian Church, 207 Tarboro St., Wilson. A visitation and celebration of Earl’s life will be held following the service at the Wilson Country Club, 4509 Country Club Dr. Wilson.

Family and friends were always upmost important to him. Earl is survived by the loves of his life, wife of 59 years, Faye C. Boykin, his daughter Sloane Boykin Brooks (Howard) of Raleigh, his grandchildren, Leslie, Howard lll, and Heath, and his sister Vickie B. Foreman of Maryland, as well as numerous nieces and nephews and cousins.

Born on June 19, 1939, he was the son of Stephen Plummer Boykin and Bessie Tedder Boykin of Rock Ridge.

Earl graduated from East Carolina College, now ECU, in 1963.  He was a member of Lambda Chi Alpha fraternity where he acquired many brotherly friendships. His claim to fame while attending ECC was being a member of the 1961 National Baseball Championship team.  Both the fraternity and baseball team provided him with long lasting friendships that were so special even until the end.  A spirited fan, he wore purple and gold proudly, for he was a dedicated PIRATE.

Earl started his career as a teacher and coach at Fremont High School.  The relationship with the Homeboys he cherished even after he left this position to open Sportsville, a sporting goods store in Wilson. Later, it was renamed, becoming Earl Boykin Sports where there were stories to be told by all who walked through the front door.  Earl considered himself fortunate to be able to earn a living working with athletes, coaches, and fans.

In 2001, he “came in off the road.” He retired, but stayed close by in a consulting position for several years. Just could not let go completely. But in 2022 it was quite a different story. His “work son’’ had risen to the challenge of keeping EB Sports in the same winning bracket as it had always been so Earl could finally walk away.

Retirement provided him time to experience new things. His shell art earned him the title of the Shell Collector. He had exhibits at the NC Aquarium, Bogue Banks Library, and the Wilson Arts Council.

Another pastime was being a member of the NC Golf Panel where he traveled all over the state with other members to rate golf courses.

Earl enjoyed spending his energy promoting baseball. Whether it was Little League, High School, American Legion, or College, he was always willing to help with projects that would enhance the sport. As special recognition for his efforts, the Wilson Hot Stove presented him the Lifetime Achievement Award in 2022.

Giving much time and effort to the baseball program at ECU, Earl’s #1 item on his Bucket List was for the team to win the National Championship once again. Even in his next life, he is still waiting for that to happen.

To order memorial trees or send flowers to the family in memory of Earl Boykin, please visit our flower store.