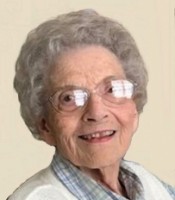 Mrs. Barnes was the daughter of the late Hugh F. and Virginia Durham Kelly. She was preceded in death by her husband of 64 years, H. Cecil Barnes in 2014.

Due to the heat, casual attire is appropriate.

To order memorial trees or send flowers to the family in memory of Elizabeth Barnes, please visit our flower store.