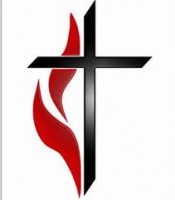 The funeral will be held Wednesday, August 31, 2016, at 11 AM at Mount Zion United Methodist Church, 5326 London Church Road, Elm City. Interment will be for the family. A visitation with the family will be held Tuesday, August 30, 2016, from 7 PM to 9 PM at Wilson Memorial Service.

She was born May 8, 1943, the daughter of Claude Oliver Tyson and Bertha Lee Manning Tyson. In addition to her parents, Faye was preceded in death by her devoted and loving husband of 40 years, Edwin Speight Daniel, Jr., in 2004.

Faye was a loving wife, mother and grandmother. She and her late husband were actively involved with their family, community and church.

Faye graduated from Atlantic Christian College in 1965. Driven by her passion for educating children, she taught at Greenfield School, Wilson and Wake County Public Schools. Faye touched the lives of many children during her 31 years in education. She retired in 2009 to devote more time to her family. Her passion and commitment for others knew no bounds.

Faye was a patron of the arts and an animal lover. She was an accomplished musician with a love for the piano. She was the director of the Mount Zion United Methodist Church Choir for several years. She had a zest for cooking and gardening. She enjoyed nature and bird watching. Her home was a welcoming haven for dogs.

The family is extremely grateful for the care and support given by Patti Whitehead and PruittHealth Hospice in recent days.

To order memorial trees or send flowers to the family in memory of Faye Daniel, please visit our flower store.