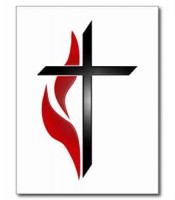 Funeral, Wednesday, 2:00 PM, First United Methodist Church, Wilson, followed by a time of visiting and sharing in Asbury Hall. Interment will be for and at the convenience of the family.

Fran met her future husband, Bill, while they were attending High Point College. They started their marriage which lasted over 57 years in Raleigh for nine years before relocating to Wilson County in 1969 to establish their permanent home. She enrolled in art classes at Barton College while working at Wilson Memorial Hospital at the same time. She has been in the Wilson Active Artist Association and the Arts Council and retired from Wilson Medical Center.

Born in Petersburg, VA, on February 16, 1939, she was a daughter of the late John Thomas and Gertrude Long Avery.

To order memorial trees or send flowers to the family in memory of Fran Tyson, please visit our flower store.