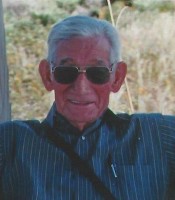 Dock spent his life completely devoted to his family never once refusing to come when summoned. He worked 25 years at Bridgestone-Firestone, but the work he loved most was cutting grass. He touched many lives from the seat of his mower. Meeting you once was all it took and you were a friend from that point forward. The positive impact he made on those who will miss him the most cannot be measured. He will truly be missed.

He was the son of the late Henry Van and Alma Owens Finch of Wilson. He was preceded in death by his first wife and mother of his children, Linda Newcomb Finch who died in 2009; and brothers, Bud and Jack Finch.

To order memorial trees or send flowers to the family in memory of Franklin Finch, please visit our flower store.