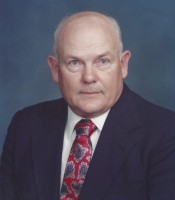 The funeral service will be held at First Baptist Church, 125 South John St, Goldsboro at 11:00 am on Wednesday, March 8, followed by visitation. Interment will be held at the Summerlin family plot in the Princeton Cemetery.

He was preceded in death by his parents, David and Sallie Summerlin; sisters, Ellen Smith and Juanita Butts and brother, Franklin Summerlin.

He was born in Goldsboro in 1931 and was the fifth of seven children.

After graduation from Goldsboro High School, he played professional baseball in the minor leagues from 1949 to 1958 in places from Smithfield, NC to Carlsbad, NM. During his career, he was drafted into the Army in 1953 and was Honorably Discharged in 1955. Following his baseball career, he worked for Music and Sports for three years as a sporting goods equipment salesman. He later became a partner in his own sporting goods business as co-founder of Sportsville in Wilson. Sportsville became a well known gathering place for local athletes, coaches and fans of all sports across the region.

Mr. Summerlin was very active and well known across the region for his participation and support for all sports activities. He played, coached, umpired and provided equipment and boosted all types of teams for his entire adult life. He was extremely proud of his children and grandchildren and was an enthusiastic supporter of all of their various activities.

To order memorial trees or send flowers to the family in memory of Gene Summerlin, please visit our flower store.