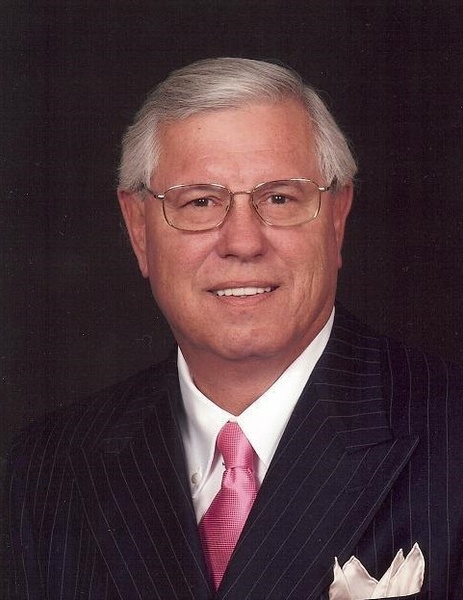 Harry was preceded in death by his wife, Susan Mitchell Goodwin and his parents, Cleon Walton Goodwin and Margaret Abbitt Goodwin.

He was a devoted Grandfather and was affectionately referred to as “Pop Pop”.  Harry enjoyed a lifetime of golf and his golfing buddies were dear to him.

Harry was a graduate of UNC, Chapel Hill, and Wharton School of Finance at University of PA. In 1969, he went to work with Wheat & Co., and opened the Wilson office in 1984. He continued with the company through mergers to Wachovia Securities, having served as branch manager for 15 years prior to his retirement in 2002. In his retirement years, Harry was a private investor.  He was a student of world politics and finance and delighted in political debate.  Additionally he had served in the U.S. Army Reserves.

He served on the Administrative Board & Finance Committee of First United Methodist Church. He was also active within the community, having served within many organizations in various capacities, including chairman of Salvation Army Boys’ and Girls’ Club, president of Wilson Kiwanis Club, and president of Wilson Chapter of the American Heart Association. He served as board member of Wilson on the Move, Wilson Technical Community College Foundation, Barclay Bank, and Wilson Country Club.

To order memorial trees or send flowers to the family in memory of Harry Goodwin, please visit our flower store.