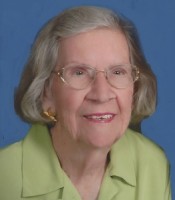 Funeral, Saturday, September 10, 11 AM, Maplewood Cemetery. The visitation will be at Peace Church, Friday, 6 - 9 PM.

Helen was an avid worldwide traveler including seven trips to Israel. She was a member of the John Dunham Chapter of the UDC and the Thomas Hadley Chapter of the DAR.

The family extends a thank you to special friends, Faye Taylor and Elgie Lamm and to the greatest doctor and staff, Dr. Tonya Little and hospice nurses, Julie Watson, Sharon Starke and Sheila Johnson.

To order memorial trees or send flowers to the family in memory of Helen Pierce, please visit our flower store.