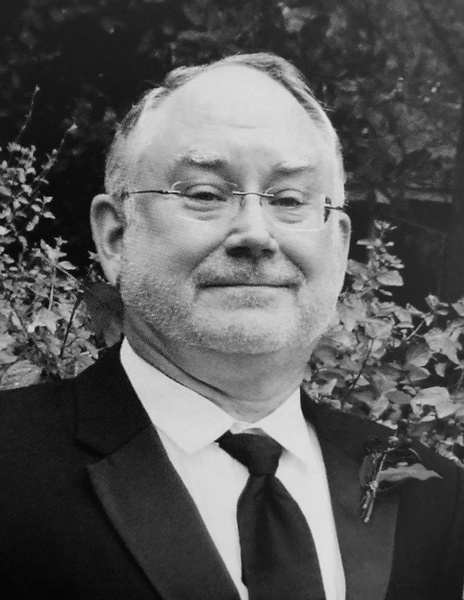 A memorial service celebrating Henry’s life will be held Saturday, June 29, 2019 at 11:00 a.m. at the First Presbyterian Church in Wilson.  Guests are invited to visit with family at the church immediately following the service.

Born on July 26, 1944, he was the son of Henry Curtis Babb and Naomi Ray Babb and grew up in Ahoskie. He is survived by his loving wife of more than fifty years, Phyllis Loadholt Babb, of Wilson, his son Russell David Babb (Julie) of Raleigh, his daughter Ashley Babb Falls (Jeremy) also of Raleigh, and his three adoring grandchildren, Charlie, Georgia and Agatha.  Henry graduated from the University of North Carolina at Chapel Hill in 1966 and then from the University of North Carolina School of Law in 1969.   He was a practicing attorney for more than forty years.

Henry started his career as a lawyer at the firm of Narron & Holdford in Wilson and built a thriving trial practice there.  His civic activities included serving with the Wilson Rotary Club, as Chairman of the Wilson County Industrial Commission, and on the Board of Directors of the Wilson County Mental Health Association, Wilson County Chamber of Commerce, Wilson County United Way, the City of Wilson Recreation Commission, and the Wilson Police Advisory Board.  He was a Deacon of the First Presbyterian Church in Wilson and a Trustee of the Albemarle Presbytery.  He was a Board Member and Chairman of the Wachovia Bank and Trust Company.  During his legal career he served as President of the North Carolina Academy of Trial Lawyers, Chairman of the North Carolina State Bar Disciplinary Hearing Commission, and as a Councilor to the North Carolina State Bar Council.  He was a member of the State Bar Ethics Committee and Chairman of the State Bar Attorney/Client Assistance Program.  He was on the UNC School of Law Alumni Board of Governors and the UNC Law Foundation Board of Governors.  He became General Counsel, Secretary and Senior Vice President of Standard Commercial Corporation in Wilson, and concluded his career as Senior Vice President and Chief Legal Officer of Alliance One International, Inc. in Morrisville.  His work for these companies took him to six continents and more than 30 countries.  After retiring he volunteered his talents with the Elimination of Child Labour in Tobacco Foundation.

Henry was a devoted husband, father, and grandfather.  He loved the North Carolina Tar Heels, but would pace the corridors of Kenan Stadium or the Dean Dome during close games.  His joy was spending quality time with his family and numerous dear friends, and he was known to hold court in various eating establishments throughout Wilson and the eastern part of the state.  He had a sharp wit and dry sense of humor, and enjoyed instigating lively debates, and “occasional” controversy.   He was a former Park Ranger and loved the mountains, and could answer myriad questions about wildlife, birds, plants and flowers.  He was happiest with a book in his lap, watching birds from his back deck.

To order memorial trees or send flowers to the family in memory of Henry Babb, please visit our flower store.