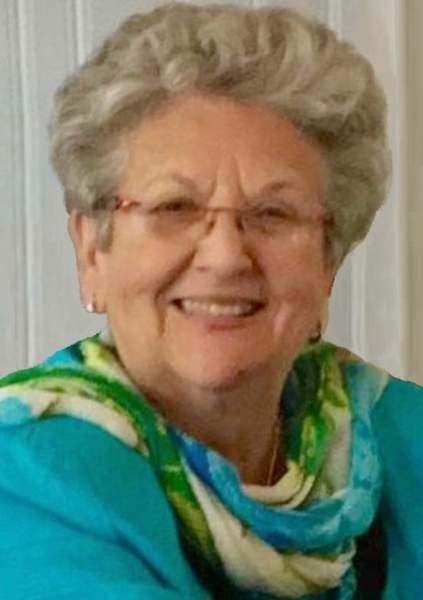 Mrs. Bass was born on January 7, 1942 in Lucama.  She was a member of Spring Hill Presbyterian Church which she attended since she was a young child.   She was raised in Lucama on a tobacco farm.

In April of this year, Hilda celebrated 57 years of marriage to her husband, Gerald Bass who she met at a basketball game at Lucama High School in 1960.

Prior to moving to Rocky Mount in 1974, Hilda worked as a dental hygienist for Dr. Whitehurst and later in Accounting for Wilson Memorial Hospital. Hilda retired in 1999 from a job she loved at Benvenue Elementary School in Rocky Mount, NC to be a full time “Gramby.”  She worked at Benvenue for 25 years. Although she closed out her career in the office as the SIMs Coordinator, she spent the majority of her years in the classroom as a teacher assistant.  In 1974, she began work at Benvenue Elementary in the original building as the PE teacher where was blessed to work with every student in the school. She was energetic and fun.  Later she worked as a teacher assistant in 1st grade —As she would say, “the best grade.”  She loved her students as if they were her own children and poured her time, attention and love into them. Throughout her career she touched the lives of many children, leaving life-long impressions on the lives.

In addition to her husband, Hilda is survived by one daughter, Suzanne Clark (Dewey) of Nashville and two grandchildren, Blakely Clark Rollins (Jackson) of Bailey and Nicholas Clark of Nashville.

She was preceded in death by her parents, James (“Jack”) and Edith Renfrow; sister, Margie Renfrow Davis and grandson, Zachary Clark.

The family would like to give special thanks to the Brekenridge staff.  Words cannot express our heartfelt appreciation for the exceptional care you provided over the course of Mrs. Bass’s illness.

Flowers are welcome or in lieu of flowers, donations may be made to Spring Hill Presbyterian Church, 7246 Springfield School Rd, Lucama, NC 27851.

To order memorial trees or send flowers to the family in memory of Hilda Bass, please visit our flower store.