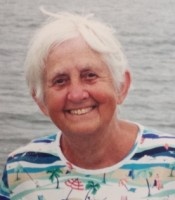 Inza was born to Dr. George Erick Bell and Inza Tomlinson Bell on August 25th, 1923 in Wilson, where she spent the majority of her life. She graduated from Charles L. Coon in 1940. She attended Duke University and received a BA in English in 1943. Shortly after graduating from Duke, Inza joined the WWII effort as part of a research in vision group. She was an integral part of a team from MIT, Eastman Kodak and the Navy that participated in studies working on night vision and camouflage.

In addition to being a loving mother and wife, Inza dedicated a tremendous amount of her time to Greenfield School, where she served as a Service League President and was inducted into the Honorary Order of the Roundtable. She was also very devoted to the Wilson Medical Center and loved her years of volunteer work in the library media center which was later dedicated and named the Bell-Pittman Library. Inza loved to play tennis and bridge. She had a particular fondness for Hawaii where she enjoyed many years of entertaining family and friends alike.

To order memorial trees or send flowers to the family in memory of Inza Walston, please visit our flower store.