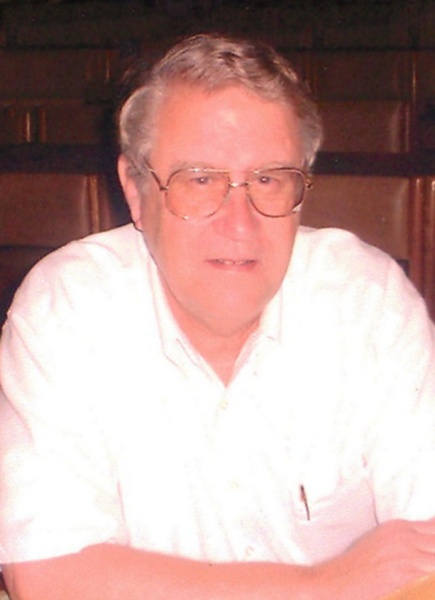 Graveside service will be held Monday, 2:00 PM at Maplewood Cemetery.

He was born November 4, 1941 to Ira Franklin Muse and LaBerta Hardy Muse in Fort Worth, Texas, and lived there until his second semester in high school. At that time, his father was transferred to Wilson, NC as part of the management team of Wilson’s first non-tobacco industry, Swift and Co.  Ira quickly gained the attention of his new classmates at Fike High School because at that time it was unusual for a new student to move to Wilson from as far away as Texas and also because of the “strange” car he was driving which was a modified Mercury with no door handles.

Ira graduated high school and continued his education at Atlantic Christian College (now Barton) graduating with a BS degree in business administration. His first job after college was with the NC Department of Revenue. During this time, he married Janet Flowers and they have been married for 54 years. His next job became a career in the tobacco industry, starting in the accounting department of Jas I. Miller Tobacco Co. and ending as being Vice President in Sales at Standard Commercial Tobacco Co., Inc. During his career he had the pleasure of meeting customers from all parts of the world and enjoyed showing them what is called “southern hospitality”.  Ira also served in the U.S. Coast Guard.

Ira is survived by his wife, Janet, and some very special first cousins, Carol Vaughan of Waco, Texas, Susan Landers and husband, Nick, of Albuquerque, New Mexico, Sally Skaggs and husband, John, of Amarillo, Texas, and Dr. Jerry Muse of Jonesboro, Arkansas. In addition, Ira is survived by a very close friend from high school, David Tomlinson and his wife, Lynda, of Granbury, Texas. The distance between Wilson, NC and Fort Worth, Texas never kept them from continuing their brother-like friendship until this very day.

Ira was preceded in death by his parents and his younger sister, Anna Carol Muse, who was only one year old when she died. Also, preceding him were his beloved aunts and uncles whom he was very fond of spending summers with while growing up. They were Trudie and Adlai Ewing of Waco, Texas, Polly and Floyd Birdsong of Muleshoe, Texas. During play with his cousins, cuts and scrapes would occur and his Uncle Floyd, a surgeon, would gladly place stitches where needed.

In addition to work and family, Ira loved his church. As a lifelong Presbyterian, immediately after moving to Wilson he became a member of First Presbyterian Church where he served as deacon and elder.

The family requests that memorials be made to First Presbyterian Church (McKinnon Fund for Capital Projects), PO Box 3184, Wilson, NC 27894.

To order memorial trees or send flowers to the family in memory of Ira Muse, Jr., please visit our flower store.