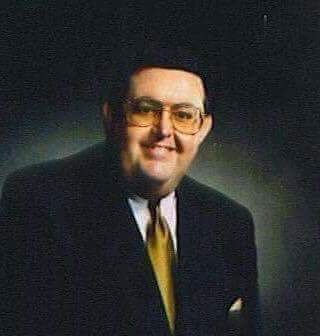 Jack was born in Durham.  He was transported from this earth to his forever, heavenly home early Sunday morning, March 25, to be with the Lord he loved and served for 41 years.

A celebration of his home going will be held, Wednesday at 2:00 pm at Wilson Memorial Service.  The visitation will begin at 12:30 pm.  Interment will be in Evergreen Memorial Park

Mr. Lassiter is survived by his wife of 37 years, Alane Vester Lassiter, originally from Wilson and his brother, Tim Lassiter of Durham.

He was preceded in death by his parents, Jackie and Laura Lassiter, who were lifelong residents of Durham.

During his ministry he served as pastor of several Free Will Baptist Churches, Director of Public Relations and Fund Raising at Southeastern FWB College at Wendell, NC.  His final years in ministry were spent as a traveling evangelist in numerous states across the country.  While in Evangelism, Reverend Lassiter recorded five projects of gospel songs and hymns as well as numerous sermon projects.

Evangelist Lassiter became disabled and had been confined to his home since 2012.

Flowers are welcomed or A Go Fund Me Page has been established: www.gofundme.com/bro-jack-lassiter-memorial-fund .

Rev. Lassiter’s purpose in life and greatest joy was preaching and singing the glorious gospel of his Lord and Savior, Jesus Christ.

To order memorial trees or send flowers to the family in memory of Jack Lassiter, please visit our flower store.