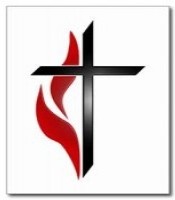 Funeral, Saturday, 11:00 AM, First United Methodist Church, followed by a time of visiting and sharing.

Preceding him in death is their son, David; brothers, Dr. Thomas and Edward Balsbaugh, PHD; parents, Edward and Margaret Balsbaugh.

Jim was born in Harrisburg, PA, and grew up in Steelton. A BS degree in Chemistry was awarded from Lebanon Valley College and a BS in Business from Ramapo College. His DuPont career was in the explosives division and spanned over 30 years in several locations throughout the country. He also developed a product line for Walter Kidde. In Wilson, he was an avid gardener and was a member of the Wilson Master Gardeners. There was a love and talent for gourmet cooking as well as knitting. Recently, he helped provide prayer shawls for the church.

Jim enjoyed his family vacations and, especially, fishing for flounder at the Jersey shore. He loved and treasured his sons and grandsons and was proud of their faith and values in recognizing and helping others.

To order memorial trees or send flowers to the family in memory of James Balsbaugh, please visit our flower store.