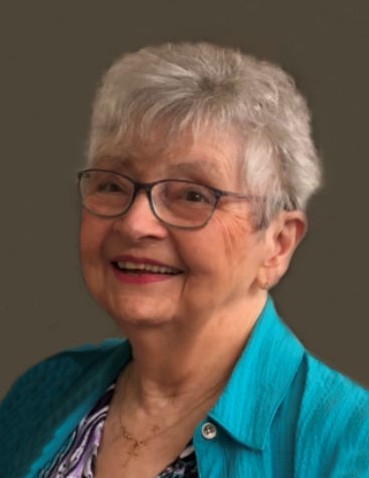 Janet Williamson Daniel, 83, of the New Hope Community, died in her home surrounded by family on Saturday, May 29, 2021.

She was a daughter of the late Ollie and Gretchen Pearson Williamson of Wilson County and was also preceded in death by brother, Eric Williamson and great-grandson, Nolan Lee.

Janet was married to her high school sweetheart for 63 years. Along with raising her family and helping on the farm, she did a great deal of volunteer work. She spent time tutoring students at Elm City Elementary and also volunteered at WilMed Hospital for several years.

Janet was a member of Mt. Zion United Methodist Church for over 60 years and was active for many years with the Cape Fear Emmaus ministry. Her commitment and love for God and her church was evident in her years of Christian service.

Mt. Zion was blessed with her talents as music director for several decades. Janet directed the adult and youth choirs, wrote and directed numerous plays and musicals and handled all things music related at Mt. Zion. She was also a fine seamstress and made church banners and crafts to sell at the UMW bazaar each year. Janet was very active in the United Methodist Women and held several offices in both the local and district level. She also served as the district lay leader.

Janet loved her church and her family with all her heart. Her presence will be missed, but her spirit will remain with us all.

A Memorial Tree was planted for Janet

To order memorial trees or send flowers to the family in memory of Janet Daniel, please visit our flower store.