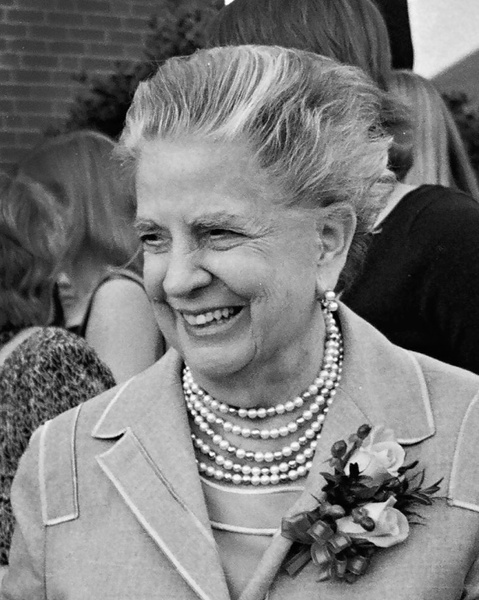 Funeral, Wednesday, 2:00 PM, St. Timothy’s Episcopal Church.  Friends are invited to call at the home after the funeral.

Born on December 21, 1928 to Mary Thaddeus Carr and Paul Howard Musser in Drexel Hill, PA, Janet was a Phi Beta Kappa graduate of the University of Pennsylvania in 1950. She graduated with honors as women’s valedictorian, class president and president of her sorority, Delta Delta Delta.

After her marriage to her first husband, Ralph Whitaker who was also a UPenn graduate, the couple relocated to Raleigh, North Carolina in 1956. After Ralph’s death in 1961, Janet remarried to Thomas Jennings Hackney Jr of Wilson. The couple moved to Wilson, where they lived the rest of their lives and raised their four children.

Janet remained heavily involved in her community as a founding member of the Arts Council of Wilson where she maintained multiple positions over the years. She also served in positions at Greenfield school, Friends of the Wilson Public Library, the NC Museum of History, Wilson Country Club, Wilson Parks and Recreation and the United Way. She also remained an active member of St. Timothy’s Episcopal Church in Wilson. Janet also enjoyed reading, playing bridge, travelling, entertaining and collecting antiques and miniatures.

Janet was predeceased by both husbands and her brother John C Musser of Montour Falls, NY.

To order memorial trees or send flowers to the family in memory of Janet Hackney, please visit our flower store.