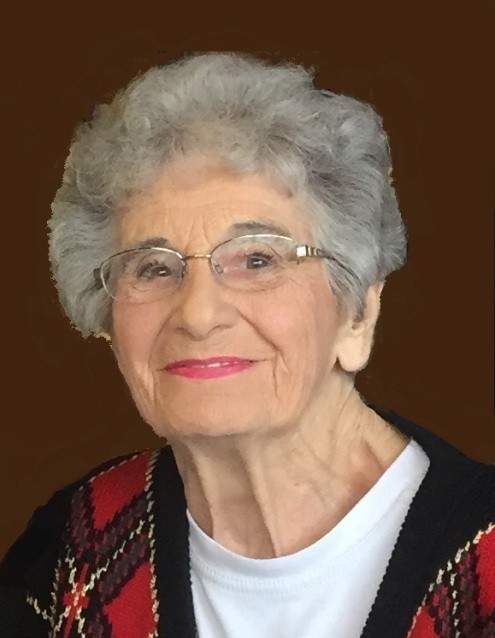 Janie Athanas Gliarmis, 90, of Wilson, passed away on Wednesday. Janie was a loving wife and mother who put her family at the center of her life every day.

The funeral will be held Saturday at 3:00 pm at St. Timothy’s Episcopal Church, 202 Goldsboro Street E, Wilson.  After a burial service for the immediate family, a celebration of Janie’s life will be held at The Elks Club, 2814 Fieldstream Dr. N, Wilson.  Family will also be receiving friends at The Elks Club Friday night from 7:00-9:00 pm.

Janie was born in Claremont, NH to the late John and Merope Athanas and was a lifelong member of the Greek Orthodox Church.  She spent most of her young life in High Point, NC.  During these years, Janie’s joy came from the time she spent with her four beloved sisters, celebrating her Greek heritage by attending family gatherings and dances in Greek communities throughout NC.  This fellowship led to many wonderful times…connecting with old friends and meeting new ones…including her future husband, Lee Gliarmis.

In 1957, Lee married Janie and brought her to his lifelong home of Wilson.  Over the years that followed, Janie raised four children, was an ardent supporter of their many extracurricular activities and joined Lee in his love of youth sports, Fike football and anything UNC Tarheels.  Janie also loved the close ties formed through her years at TOPS, volunteering at Wilson Medical Center and as a welcomed guest at Dick’s Hot Dog Stand where the employees all lovingly referred to her as “Mama G.”

Janie was preceded in death by her parents and her four sisters, Andra Fragakis, Efte Caplanides, Rita Gallos and Ann Athanas.

The family would like to thank the kind and caring staff of WilMed Rehabilitation and Nursing Center and Hospice of Wilson.

To order memorial trees or send flowers to the family in memory of Janie Gliarmis, please visit our flower store.