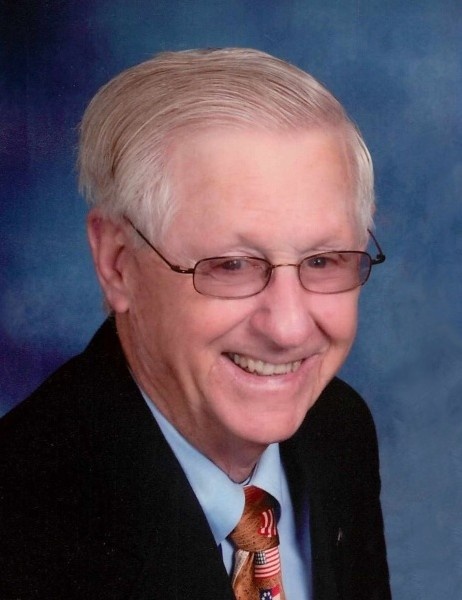 Michael James “Jimps” Bradshaw, age 79, of Wilson, died February 10, 2020, surrounded by family after a short and courageous battle with cancer.

A memorial service to celebrate Jimps’ life will be held at 2:00 pm on Friday, February 14 in the sanctuary of First United Methodist Church in Wilson, North Carolina, followed by a reception in Asbury Hall.

The son of a Methodist minister, he was born in Durham, North Carolina, and lived in Greenville and Tarboro before spending the majority of his childhood in Wilson. After earning his college degree at Duke University and then working as a teacher and principal in Durham and Wendell, he returned to Wilson to build houses and, more importantly, to plant his roots and raise a family.

Jimps enjoyed a full life rich in faith, love and friendships. He valued the bond of family above all else and devoted his life to the development of his two sons. He loved his “BW” (beautiful wife) like no other and cherished their time together. Running a close second and third in Jimps’ heart to his wife and sons were his dogs and Duke basketball. It was often said no dog had it better than the many Bradshaw boxers who were special members of the family through the years. In addition to his love for his dogs, Jimps was a loyal, and some might say, obsessed, fan of Duke basketball. Whether watching in person at Cameron, or from home on the television, he did not miss many games. Most of the classic Duke matchups from the last 40 years can be found today in his VHS collection. And when Jimps wasn’t doting on family or watching Duke basketball, he was likely reading. A devout student of history and politics, he never misssed the opportunity to learn about (and often discuss) the current events of the time.

Jimps had an impact on most everyone he met. His kindness, caring, and empathy for others were contagious. He will be remembered by most for his gift of story-telling that was unsurpassed and highly entertaining. With his keen memory, some embellishment, and great sense of humor, Jimps could keep a room enthralled. His booming laugh at the end was the best reward.

He is survived by his loving wife of 53 years, Lynn Kilpatrick Bradshaw; his son, Michael James Bradshaw Jr. (Patricia) and their sons, Cy, Wallace and Michael; his son, Patrick Colman Bradshaw (Anne) and children, Sara Catherine and Jim; and his beloved boxers Gretl and Rosie. He is also survived by his brother, Rev. Francis Connor Bradshaw (Sue); stepbrother John L. Benson (Ann); as well as many nieces, nephews, cousins and other family. Additionally, Jimps is survived by special “son” Ernie Brueckner (Sabine), their children Eric, Clara, Emile, Suzanne and Adele, and his entire “adopted” German exchange family, from whom much love was received and to whom much love was given.

The family expresses sincere appreciation to the wonderful staff of Community Home Care and Hospice and ComForCare Home Care for helping make his final days as dignified, peaceful and comfortable as possible.

In lieu of flowers, memorials may be made to First United Methodist Church, PO Box 1423, Wilson, NC 27894; to the Crossnore School and Children’s Home, 1001 Reynolda Road, Winston-Salem, NC 27104; or to the charity of your choice.

To order memorial trees or send flowers to the family in memory of Jim Bradshaw, please visit our flower store.